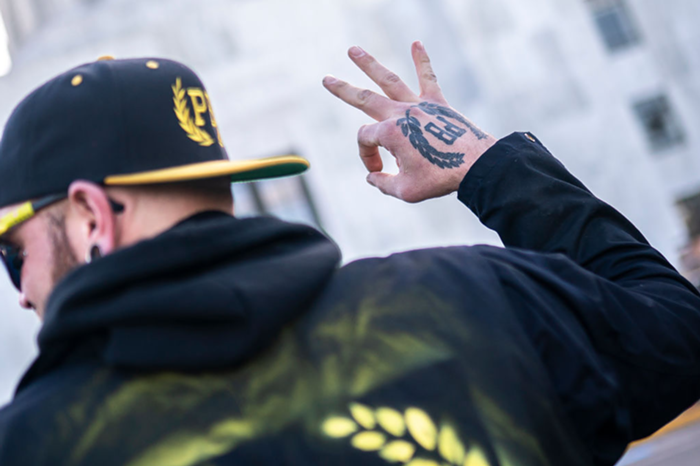 GOOD AFTERNOON, PORTLAND! Ummmmmm… where was that freaking SUN the weather peeps promised today? Anyway, tomorrow you can expect a return to occasional showers and a high of 71… or, you know… maybe NOT. Now let’s get into something far more reliable: THE NEWS.

• Get excited, Portland! This November you’re going to get to vote on a new form of government for the city—one we’ve been waiting on for, like, forever—and there are some BIG CHANGES on the table. Find out what they are with this informative explainer from our Alex Zielinski!

• The man who allegedly shot into a crowd of peaceful protesters at Normandale Park, injuring five and killing one, back in February was previously contacted by THE FBI for (get this) “concerns about his state of mind and potential for violence.” So why didn’t they stop him? Check out this fascinating/terrifying deep dive from OPB.

• After enduring a constant stream of racist, conservative bullshit, the last two normal people on the Newberg School Board—which famously banned Black Lives Matter and Pride symbols from the district—have resigned out of disgust with their co-members.

• A large portion of the roof at the Buoy Beer building in Astoria collapsed due to structural failure—but happily no one was injured in the accident.

• The January 6 panel dropped some more damning evidence today—video of Republican Rep. Barry Loudermilk giving a tour of the Capitol building on January 5 to people who participated in the next day’s attack. Meanwhile a court document reveals that the Proud Boys had a plan to occupy the Capitol on January 6 in an attempt to “force a new election.” Coming up next for the panel: Making the case that Trump’s many attempts to force Mike Pence to overturn the election put the vice president’s life in real danger.

Surveillance footage shows a tour led by Loudermilk to areas in the House Office Buildings, as well as the entrances to Capitol tunnels.

• Related: A county in New Mexico is refusing to certify the results of its June 7 primary election because of lies spread about their voting machines inspired by… you guessed it… Trump.

The Justice Department has charged the man who shot and killed 10 Black people in Buffalo last month with 26 counts of hate crimes and a firearms offense that could lead to the death penalty. https://t.co/hzihqU7nDg
— NPR Politics (@nprpolitics) June 15, 2022

• In an effort to put a damper on escalating inflation, the Federal Reserve has announced the biggest rate increase (three-quarters of a percent) since 1994—and more could be on the way.

• The FDA has approved the Pfizer and Moderna vaccines for kids under the age of five, and the tykes could be getting those shots as soon as next week.

I never want to see a giant pair of scissors at an opening ever again.. pic.twitter.com/fyHgLmawRz
— Buitengebieden (@buitengebieden) June 15, 2022