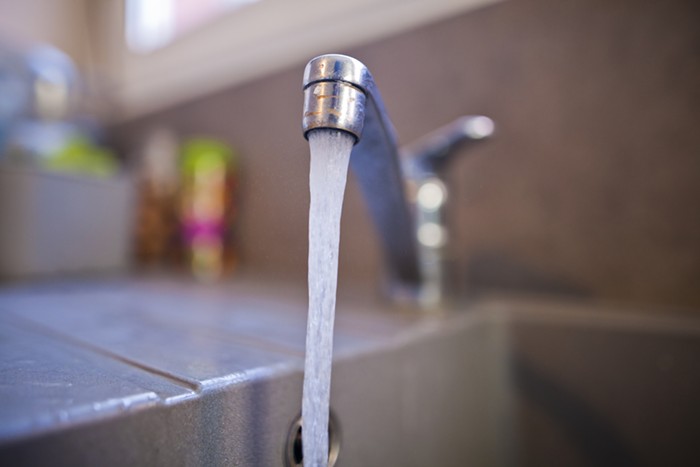 “The Improved Corrosion Control Treatment Facility is our strongest tool yet to make drinking water safer for everyone, regardless of the plumbing inside their home, school and building,” said Portland Water Bureau Director Gabriel Solmer in a press release Thursday. “I am proud of our dedicated water quality and operations teams who have honored our commitment to the community.”

For years the Portland Water Bureau’s regular water testing has revealed lead levels that exceed the federal action limit, meaning that Portland has a legal obligation to develop a solution that will lower the lead levels. The lead comes from lead-based solder that was used to join plumbing pipes from 1970 to 1985. Approximately 15,000 homes in Portland may have lead solder in their pipes. The city’s annual testing only takes water samples from at least 100 homes that are most at-risk of having lead in their water supply—usually homes built between 1983 and 1985 which are categorized by the federal government as “tier one” homes. The water testing is not representative of the city’s entire water system, but rather the worst case scenario that informs the water bureau how effective their water treatments are at stabilizing the city’s water so that it does not absorb lead as it moves through a tier one home’s pipes.

In 2017, water officials determined the solution to the city’s regular exceedance of the federal action level is the Improved Corrosion Control Treatment Facility. According to Scott Bradway, the manager of the water bureau’s Lead Hazard Reduction Program, the facility gives the city greater control of the pH of Portland’s water. The city gets most of its drinking water from the Bull Run Watershed. Bull Run water is naturally corrosive, which means that it wears away at the pipes it passes through and absorbs whatever minerals are released. By raising the pH of the water, the water will become less corrosive and less absorbent, meaning that it will be able to pass through lead pipes without absorbing as much lead.

In an interview with the Mercury last year, Bradway said that the water bureau doesn’t have specific targets for how much the lead levels in tier one homes will decrease.

“We’re really hesitant to try to give any numbers out as to what it’s going to look like,” Bradway said. “We feel pretty confident that it will significantly lower those levels of lead, but we’ll be monitoring once we turn on this new treatment.”

The only way to fully remove lead from the water would be to replace the old lead plumbing in the affected homes—an expensive process that falls under the homeowner’s responsibility. City Commissioner Mingus Mapps, who oversees the water bureau, said he is investigating possible programs that could assist homeowners with the cost of replacing their lead pipes and is talking with the city’s attorney’s to determine whether the city has any legal authority to replace the pipes itself.

“I committed to being the last City Commissioner to tackle the harmful problem of lead exposure through drinking water,” Mapps said in a press release.

Anyone can order a free water testing kit from the Portland Water Bureau. Lead can accumulate in water that has been sitting in lead-based plumbing, so the Portland Water Bureau recommends Portlanders in high-risk homes run the faucet in the morning for 30 seconds to two minutes—however long it takes for cold water to start flowing—to clear out any potentially lead-ladened water.