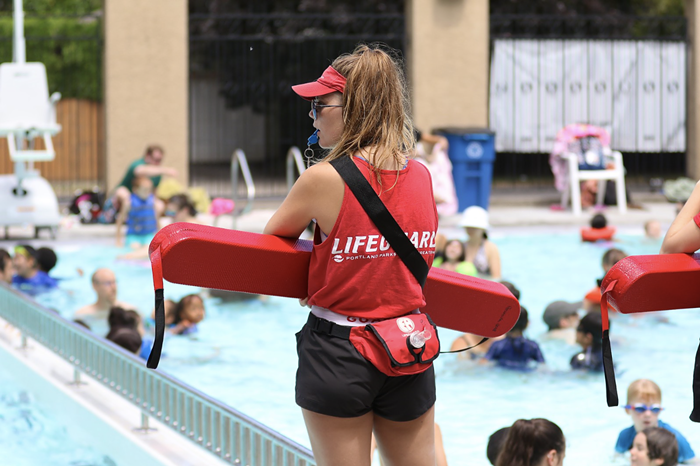 Psssst: You only have until this Sunday to tell us how you really feel about the Mercury!

• Almost all mask, physical distancing, and capacity limit requirements will be lifted once 70 percent of Oregon’s adults receive their first dose of the vaccine, Governor Kate Brown announced today. State health officials predict Oregon will reach that benchmark by June 21.

• Michelle Zauner, AKA musical artist Japanese Breakfast, released her debut memoir Crying In H Mart in April, to much critical acclaim. The Mercury’s Blair Stenvick has a review of the grief-heavy and powerful memoir.

Important to note how confused Portland’s police reform oversight group, @PCCEPportland, was by this plan when it was introduced to them last week. Members noted that the community wants *police* to keep peace and get de-escalation training, not put it on the public. https://t.co/0zKatWJlSM
— Alex Zielinski (@alex_zee) June 4, 2021

• Oregon is set to face another brutal fire season, which means it’s a good idea to start preparing now by reviewing your go-bags, buying air filters (not hoarding), and, for you gardeners out there, planting fire-wise landscape. Local landscapers recommend planting high moisture vegetation like native huckleberry, Sumac, and Russian Sage.

• Spice up your playlist with the latest recommendations from Jenni Moore! This edition of Refresh Playlist features new releases from three LGBTQ+ artists.

On Monday, June 7, what would have been the Minneapolis native’s 63rd birthday, Portland’s Morrison Bridge will be lit in Prince’s signature color. https://t.co/5UKQLmHu1g
— Portland Monthly (@PoMoMagazine) June 4, 2021

• Portland public pools will be open for swim lessons this summer! But, like many other employers, the Parks and Recreation Department is short on lifeguard and instructor staff. The department is looking to hire a slew of seasonal workers 16 and older, starting at $15 per hour.

In national and international news:

• Raman Pratasevich—the Belarusian dissident journalist who was arrested from a plane grounded by Belarusian flight controllers—stated his support for Belarus President Alexander Lukashenko in a video broadcast on a state-controlled channel Thursday night. Pratasevich then started weeping and covered his face with his hands, revealing bruises and wounds on his wrists from handcuffs. Supporters of the journalist are saying he was coerced into making the statement and is being held hostage.

Retired Army Lt. Col. Barnard Kemter credited formerly enslaved Black Americans with being among the first to pay tribute to fallen soldiers after the Civil War.

Watch as his mic was cut by the event’s organizers.https://t.co/5njafy1Fa7 pic.twitter.com/sugnzy8oCX
— The New York Times (@nytimes) June 4, 2021

• A brief review of history: On this day in 1919, Congress approved the 19th amendment which gave white women the right to vote when it was ratified the following year. It wasn’t until the Voting Rights Act of 1965 that many Black women were able to vote and some Latinx, Asian, and Native American women didn’t receive the right to vote until 1975. One more time for the people in the back: ALL WOMEN OF COLOR DID NOT RECEIVE THE RIGHT TO VOTE UNTIL 1975!

• Trump’s Facebook account will be banned for two years after the social media company determined that the former president stoked violence ahead of the Capitol insurrection on January 6. At the end of the two years, Facebook will determine whether Trump’s “risk to public safety” has subsided.

• Y’all like finding new ways to prove you’re the smartest person in your friend group? I have an idea for you: Send the group chat the Mercury’s latest “POP QUIZ PDX” and whoever scores the lowest has to buy the next time y’all get drinks. Fun, right?!

• A wholesome thread of seal pups (and dog pups) for your Friday afternoon:

Plank you very much for all the cuteness. Send pups! #LetsSeaTheCute pic.twitter.com/I9jf8rlk93
— Oregon Zoo (@OregonZoo) June 4, 2021