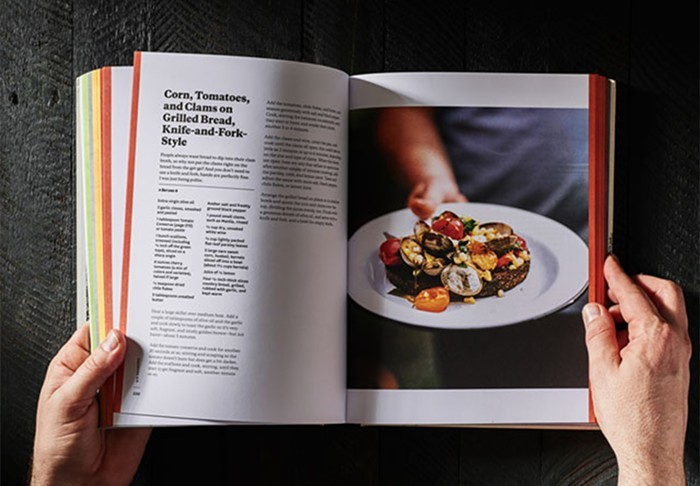 EverOut is The Mercury’s new website devoted to things to do in Portland and across the Pacific Northwest. It has all the same things you’re used to seeing from Mercury EverOut, just in a new spot!

As we approach the first anniversary of the beginning of the pandemic, home cooking might have become more of a slog than a respite. But it doesn’t have to be: We’ve gathered this list of cookbooks from some of our favorite local chefs and writers, like Gabriel Rucker and Naomi Pomeroy, so you can refresh your repertoire with new-to-you recipes and beloved dishes that evoke pre-COVID memories of dining in some of Portland’s most popular restaurants. Head to Powell’s Books or your preferred local bookseller for any titles that catch your eye, or borrow them from the Multnomah County Library—we’ve also included links to sample recipes from the books so you can try them out right away. For more ideas, browse our food and drink guide.

Six Seasons: A New Way with Vegetables by Joshua McFadden and Martha Holmberg
Andrea Damewood has written, “As anyone who has eaten a salad at Ava Gene’s can attest, Josh McFadden is a vegetable whisperer. After years of rumors, his vegetable cookbook has come to fruition. McFadden divides the year into six seasons (summer gets three growing periods), and then splits it up according to vegetable. I’ve been spending time in the tomato section due to some epic home garden overplanting, and the platter of heirloom tomatoes with cucumber yogurt dressing and marinated chickpeas I took to a barbecue stole the show from the meat. A recipe for raw winter squash with brown butter, pecans, and currants is something I’m banking on bringing me out of the winter blues, while the recipe for English peas with prosciutto and new potatoes already has me stoked for spring. McFadden’s recipes aren’t overly fussy, and provide a great peek into how his dishes incorporate texture, giving us normies a chance to steal his signature look.” Try his cozy cabbage farro soup to warm up on a cold winter day.