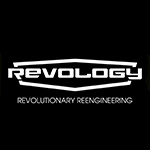 A world leader in classic car reproductions, Revology Cars strives to deliver the highest-quality, most fun-to-drive vehicles to the consumer by reengineering classic Ford and Shelby cars with classic style and modern functionality. They have expanded their model line-up to include the 1967 Mustang GT/GTA.

The original 1967 Ford Mustang GT was designed to compete with 1960’s versions of the Pontiac Firebird and Chevrolet Camaro. The GT designation was applied to manual transmission cars, while the GTA referred to automatics. Revology has maintained this distinction while upgrading the engines to a close-ratio Tremec 6-speed in the GT and Ford’s own 10R80 10-speed in the GTA.

“The Revology 1967 Mustang GT and GTA are among the most authentically styled models we produce,” says Tom Scarpello, Revology Cars founder and CEO. “For the client who values an original appearance but also enjoys driving, the GT and GTA are excellent choices.”

As the first company to be licensed by Ford to build new reproductions of their classic muscle cars like the 1966 Mustang Fastback, Revology focuses on engineering every Ford reproduction to be the thrilling muscle cars that Ford Motor Company would build if they designed them today. While the exterior design remains true to its original design, both versions of the 1967 Mustang feature upgrades:

Revology elevates their craftsmanship on every vehicle they build using only top-quality domestic and imported materials. They are passionate about their art, building every ’66 Mustang convertible, ’67 Mustang Fastback, ’67 Shelby GT500, and other models by hand to meet their own high workmanship standards.

To learn more about Revology Cars or explore their Mustang inventory, including the new 1967 Mustang GT/GTA models, visit www.RevologyCars.com or call (800) 974-4463.

Revology Cars builds cars that combine the quality and efficiency of a major automaker. A little Ford, a little Ferrari. That’s one of the secrets behind the appeal of Revology Cars’ reproduction original Ford Mustangs.