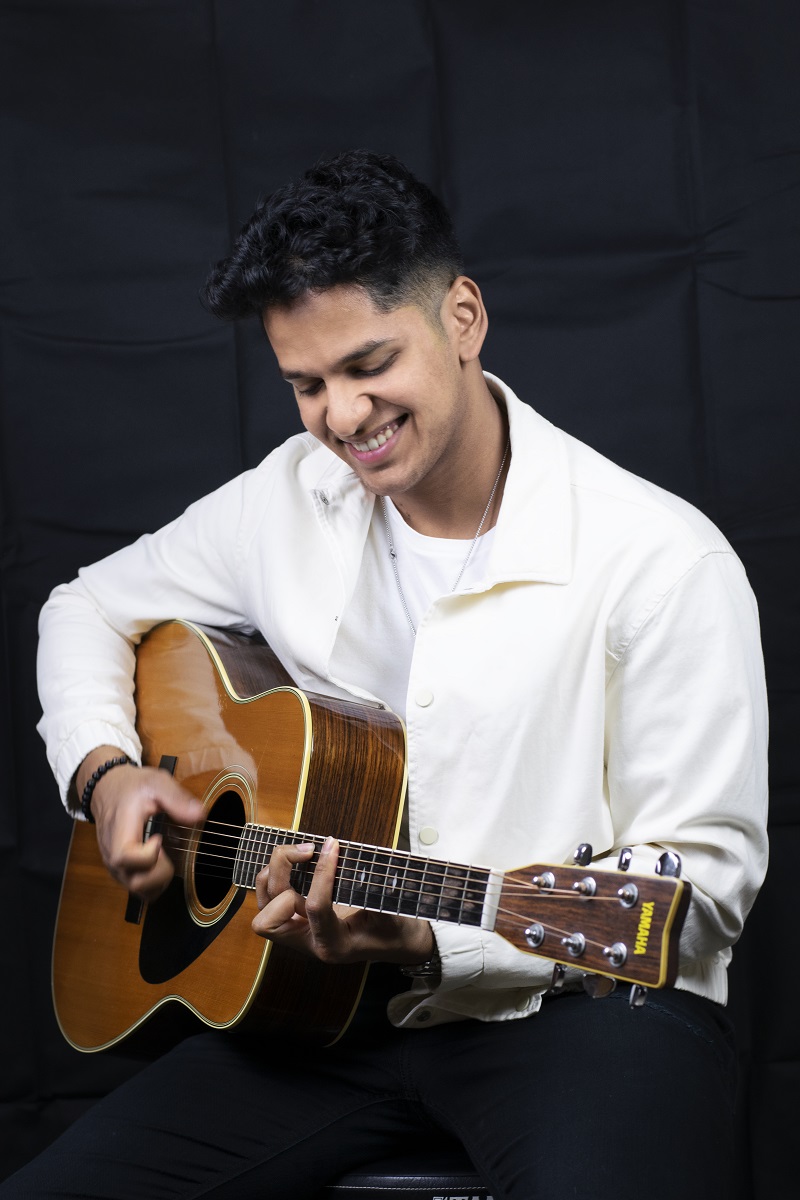 Born in Dubai, Rahul Samuel is a multifaceted artist of Indian origin who is a singer, producer, and songwriter. He has been playing the guitar since the age of six years and is now learning to play the drums as well. Rahul’s music has won many hearts as well as his first award, the prestigious Bedazzled 2021 UAE Award for the ‘Best Emerging Singer’. With his zeal, confidence, and passion, Rahul is rapidly paving his way through the music industry.

Rahul has always been in awe of the magic that music could create, and being a part of a musical family escalated his passion for the same even more. His talent has been recognized by well-known UAE publication, Khaleej Times, which said that Rahul’s debut single “Quarantine”, has a “contemporary sound and feel”. Quarantine was released in 2020 and earned respectable reception worldwide. There has been no looking back for this talented artist ever since. With his recently released single “Feels”, he is moving a notch ahead in his music game.

This track has elements of pop-rock and talking more about this magnificent track, Rahul says, “I was honoured to hear my song playing on national radio station Dubai Eye 103.8FM”. He adds, “Feels is a journey of self-discovery and romance”. It is a feel-good track that fits perfectly well with every occasion. Be it a romantic walk by the beach with your beloved or a long drive with your friends, “Feels” has got it all covered!

Rahul draws his musical inspiration from legends like Charlie Puth. He does not like to categorize his music style into a particular genre. His music is diverse. From classic rock to reggae, and from rap to Bollywood, Rahul can do it all. He also loves performing covers of popular songs in various languages, including Hindi, English, French, and Arabic. Rahul is an independent artist who has performed live at different locations throughout Dubai and Toronto.

Rahul is building a steady fan base that supports him throughout his musical journey. He intends to build a staunch name in the music industry through his hard work and dedication. He is thankful for all the people that have been a part of his musical voyage. Rahul urges his fans to stay tuned for the official music video of “Feels”, as well more upcoming music on the way this year.

Listen to Rahul Samuel’s music now on all steaming platforms including Spotify.com and apple music.