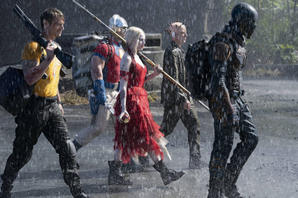 Tickets are now on sale to watch The Suicide Squad in theaters nationwide. An extremely dangerous threat has required that a dynamic team be assembled in response, featuring the notorious supervillains Harley Quinn (Margot Robbie), Bloodsport (Idris Elba) and Peacemaker (John Cena). Known as Task Force X, they are sent on a do-or-die mission to a remote island that is overflowing with militant adversaries and unbelievably well-armed guerilla forces. Oh, and there’s also a…