Mr. Ronald C. Whittemore, is a Senior Gold Medalist, Renowned long-distance runner, jumper and Former Computer Programming Expert. He was recently selected by the International Association of Top Professionals (IAOTP) as the Most Inspirational Member of the Year for 2021. 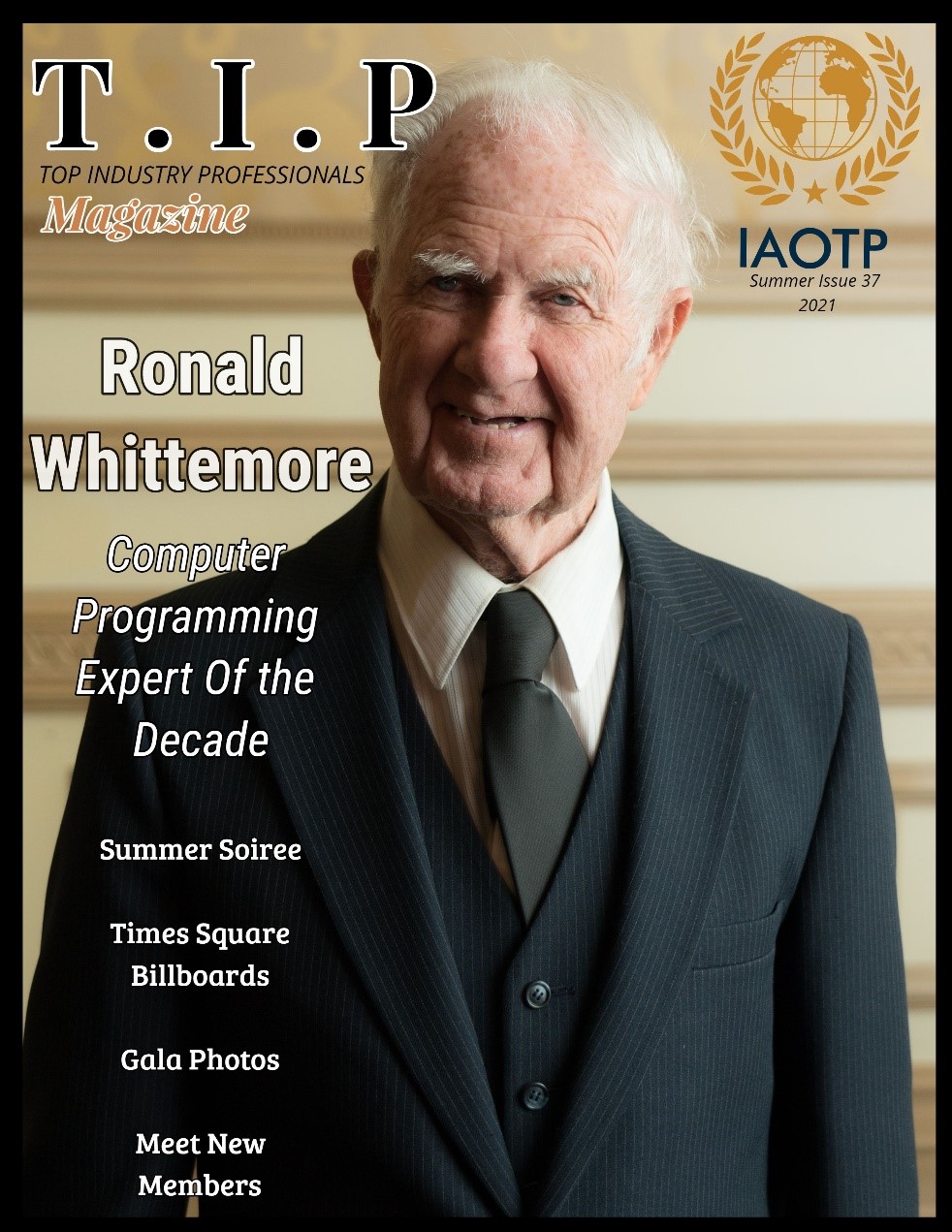 Mr. Ronald C. Whittemore, is a Senior Gold Medalist, Renowned long-distance runner, jumper and Former Computer Programming Expert.  He was recently selected by the International Association of Top Professionals (IAOTP) as the Most Inspirational Member of the Year for 2021.

Inclusion with the International Association of Top Professionals is an honor in itself, and only 1 person is selected for this distinction. Mr. Whittemore is being recognized for his exemplary efforts and genuine dedication to inspire and empower professionals all over the world, while enhancing society through his service. Mr. Whittemore has more than 50 years of professional experience as a prominent Computer Programming expert.

Mr. Whittemore was honored at IAOTP’s Annual Awards Gala in Las Vegas at the Bellagio Hotel, as Top Former Computer Program Manager of the Year for 2019.  Mr. Whittemore was inducted in IAOTP’s exclusive Hall of Fame, and he also received the Lifetime Achievement Award from IAOTP. As the Most Inspirational Member of the Year for 2021, he will receive this honor while in attendance of the International Association of Top Professionals Annual Awards Gala being held at the Plaza Hotel in New York City this December.     www.iaotp.com/award-gala

The President of IAOTP Stephanie Cirami stated, “Choosing Mr. Whittemore for this most recent award was an easy decision for our panel to make. He is an effective leader, who adds true substance and depth to every role he has served. Being recognized by IAOTP as a unique individual, he has maintained his commitments to his community and shows extraordinary efforts in all he is affiliated with. We know we will continue to see great things from this amazing ma. This is what makes Mr. Whittemore so phenomenal.”

Mr. Whittemore’s impressive repertoire of previous roles served were: Computer Programmer at the Cross Company in Hartford, Vermont, Senior Programmer with Joy Manufacturing and Computac LLC, and as the Programming Manager at Datamann, Inc until he retired.

Throughout his employment as a Computer Programmer, Mr. Whittemore was recognized for his commitment and efficiency of his work within his field. This year he will be featured in IAOTP’s Top 50 Fearless Leaders publication and will be honored at IAOTP’s gala at the Plaza Hotel. In past years, he graced the front cover of TIP (Top Industry Professionals) Magazine and was featured on the famous Reuters building in Times Square, NYC.  He was the recipient of the Albert Nelson Marquis Lifetime Achievement Award given by Marquis Who’s Who.  Mr. Whittemore has been featured in numerous publications including Who’s Who in Finance and Industry, the 21st edition of Who’s Who in the East, several editions of Who’s Who in the World, the sports section of the Eagle Times, and In The Valley News.

He has been affiliated with a number of organizations in his community such as serving as President of the Claremont Bridge Club, Former President of the Claremont Men’s Softball League, Fellow of the Data Processing Management Association, past post commander of the Veterans of Foreign Wars, member of the Knights of Columbus and he sat on the board of directors of Circle 8 Square Dance and recently joined the American Legion.

In addition to his occupational successes, Mr. Whittemore served in the United States Navy and Air Force. He has made a name for himself as an amateur athlete. Mr. Whittemore received three gold medals at the Senior Olympic Games held in Burlington, Vermont. He is a renowned long-distance runner and jumper. He competed in the 2019 National Senior Games in Albuquerque, New Mexico. Mr. Whittemore won the First Place Gold Medal in the long jump, triple jump and 100-meter dash events at the 2018 National Senior Games in Vermont.  He also qualified for and attended every National Senior Games since 1995.  He ran the Boston Marathon in 1961 and holds the record in Claremont for the most consecutive days gone running, the second longest in the state of New Hampshire. After struggling with four heart attacks and a blood transfusion, he limited himself to short distance running, long jumps and triple jumps.

Mr. Whittemore says his greatest accomplishment has been surviving 4 heart attacks while still training to do the Triple Jump where he received the Silver Medal and he jumped far enough to be number 4 overall of all the Senior Games ever held.  His record wasn’t broken in 2015 2017 or 2019.  He is still Number 4 and also #10 in the world and tied for #2 in the USA.  The greatest thrill for him was that his wife Lillian was able to see it.

For the future, he hopes to continue to be a competitive sports enthusiast and hopes his story of remaining active and defying the odds with his heart condition at 80 years old will enlighten and inspire people to never give up.  In his spare time, he enjoys running, chess, softball, reading, bicycling, playing cribbbage and spending time with his wife Lois and daughter Debbie. Mr. Whittemore attributes his success to his education, mentors he has had along the way and staying passionate in all his endeavors.

The post Ronald Whittemore selected by IAOTP as Most Inspirational Member of the Year first appeared on PRUnderground.