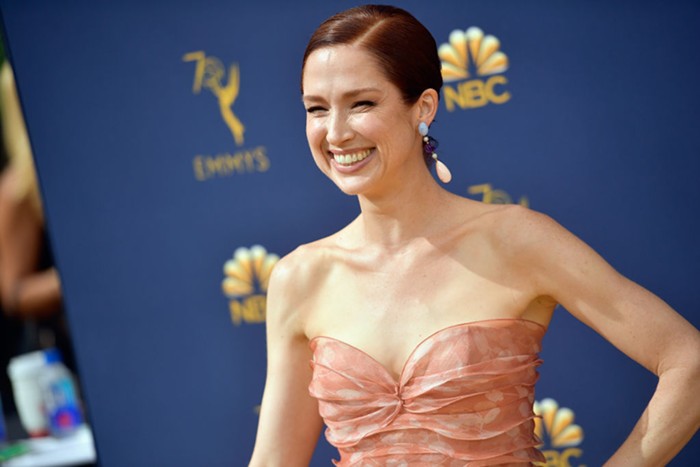 No, Ellie Kemper was not a KKK princess… but the Veiled Prophet Ball is still creepy and racist. Matt Winkelmeyer / Staff

Hey you! It’s hot out there and you probably should drink some water. Knock back a refreshing glass of H2O while you’re taking our reader survey.

• If you’re like me and crave street tacos the second the sun comes out, then you’ll want to check out the latest edition of Takeout Club:

• Interest in nursing continues to rise, but Oregon still struggles from a nursing shortage. A recent article from OPB details the issues of the nursing student to nurse pipeline.

Portland playwright Conor Eifler hasn’t seen any of his plays published yet—but this year, he won an Oregon Book Award for his play You Cannot Undo This Action, which was performed by high school students. Read our profile by @AndrewJank:https://t.co/AObSLZ6LcU
— Portland Mercury 🗞 (@portlandmercury) June 1, 2021

• Plus, a couple upcoming deadlines for y’all to keep in mind:

• June 18 is the last day landlords can apply for up to 80 percent rent relief in exchange for forgiving the remaining 20 percent of their tenants unpaid rent.

• The Oregon Convention Center and the Portland International Airport will close their mass vaccination centers on June 19 and June 25 respectively as the state moves towards smaller, community-based vaccine sites.

• You have to receive your first dose of the vaccine by midnight on June 27 in order to be entered to win up to $1 million through Oregon’s new Take Your Shot Oregon Campaign.

• Tribal law enforcement are able to detain non-Native Americans on reservation highways, the Supreme Court ruled today. Previously, tribal law enforcement could only detain and search fellow Native Americans, which the Court acknowledged has limited tribal officers’ response to ongoing threats. Some Indigenous people have celebrated the decision as a step forward in addressing the epidemic of missing and murdered Indigenous women and girls (MMIWG); Native American women are murdered at 10 times the national average and most of the perpetrators are non-Native men.

Wow. In today’s decision in US v. Cooley, SCOTUS ruled that Tribal police on Reservations, with probable cause, have the right to stop & detain non-Natives! This is a stunning affirmation of Tribal sovereignty & will help stop the epidemic of #MMIWG! https://t.co/ejz73Hg9Ex
— Ruth H. Hopkins (Red Road Woman) (@Ruth_HHopkins) June 1, 2021

• Photos of Ellie Kemper, known for her roles in The Office and Unbreakable Kimmy Schmidt, being crowned princess of the Veiled Prophet Ball—a debutante ball in St. Louis known for its founding message of racial hegemony—surfaced over the weekend. While tweeting “Ellie Kemper was a KKK princess” may get you more likes, the reality is a bit less salacious and more of your typical “elite, wealthy, racist white people enforcing segregation through classism” story.

• The Black Wall Street Gallery in New York City was repeatedly vandalized with white paint earlier this week. The gallery acts as a tribute to people killed in the Tulsa Race Massacre of 1921 and the owners are pushing local authorities to document the vandalism as hate speech.

• Finally, it’s Kaya’s world and we’re just living in it: