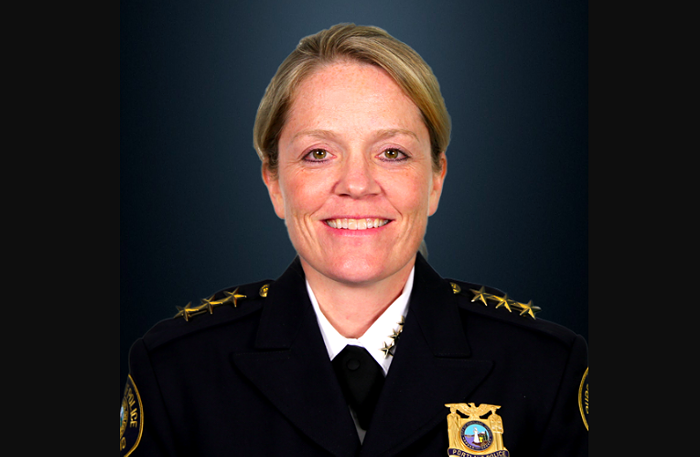 Here’s your daily roundup of all the latest local and national news. (Like our coverage? Please consider donating to the Mercury to keep it comin’!)

• It was a CRAZY weekend for Portland protesters with police going on a tear gas frenzy—until the brakes were pumped (ever so slightly) by Mayor Ted Wheeler. Police then responded with “an everything else but the specific tear gas Wheeler was talking about” frenzy. Find out more here.

• During Mayor Wheeler’s press conference this afternoon, the biggest shock was the sudden announcement that Police Chief Jami Resch is stepping down after a six month tenure. She is passing the reigns to PPB Lieutenant Chuck Lovell, a Black man who was previously a school resource officer at Jefferson High School. Don’t expect this to calm protesters down much. Our Blair Stenvick has more.

By “quit your job” we meant all of you. https://t.co/VzzZcyNuxj@PNWYLF @IwriteOK @lilithxsinclair
— Portland Rising Tide (@pdxrisingtide) June 8, 2020

• In the same press conference, Mayor Wheeler promised a list of “broad and meaningful” reforms to the Portland Police, which he said he will reveal tomorrow. Stay tuned!

• Over the weekend, Mayor Wheeler deliciously dangled the possibility of banning tear gas in Portland much like Seattle did… and thennnnnn YOINKED IT BACK, saying the highly dangerous gas should only be used in “life-threatening” circumstances. Our Wm. Steven Humphrey has the details.

• Meanwhile in Seattle, things got hot and heavy there too yesterday, with cops going hard at protesters and a man threatening the crowd with his car and a gun. One bystander was shot before the gunman surrendered himself to police.

It’s been a couple days but I’m still thinking about this story about “antifa buses” and the heavily-armed Americans declaring victory when said buses never showed up https://t.co/XM4EFNRKHL
— Lauren Kirchner (@lkirchner) June 8, 2020

• Local documentary filmmaker (and occasional Mercury correspondent) Arthur Bradford has been filming protesters and police in dialogue over the past hectic days of protests, and it is fascinating. Check it out here!

• In a veto-proof vote, the Minneapolis city council agreed to disband their police department and “dramatically rethink” the city’s approach to emergency response. Meanwhile the “defund the police” movement is gaining serious traction in cities across the US.

• Derek Chauvin was formally charged with the murder of George Floyd today, and bail was set at $1.25 million, or $1 million with conditions including the surrender of all firearms, and a promise not to contact the Floyd family.

• Congress, after a… questionable bit of performative pageantry involving kente cloth (people seem to have preferred if the legislators just got down to legislating) unveiled the Justice in Policing Act of 2020, which would ban chokeholds, prohibit some no-knock warrants, and create a national database that would track police misconduct. So far, the Act has no Republican support, and White House Press Secretary Kayleigh McEnany has already pointed to “non-starter” issues, like one provision that would make it easier to sue police officers.

• McEnany also, in an effort to minimize Mitt Romney’s decision to join a civil rights march in Washington DC this weekend, made sure to point out that Romney only won 2 percent of the Black vote in 2012, where Trump got 8 percent in 2016. Not only was this “a weird flex” to brag about “winning” less than 10 percent of a key demographic’s vote, but it was also incorrect: Romney actually won 6 percent of 2012’s Black vote.

Once a social movement becomes powerful enough, the powerful will join you and pretend they were on your side all along. It might be an opportunistic move on their part but it doesn’t matter because it’s a very clear sign the movement is winning. https://t.co/UOyceeOQqO
— Jonathan McIntosh (@radicalbytes) June 7, 2020

• Presidential candidate and now-official Democratic nominee for president Joe Biden issued a statement clarifying that he does not believe in “defunding the police,” but in providing more funds for policing, provided those funds go primarily toward programs improving community/cop relations and diversity initiatives.

• The phrase “Defund the Police” has itself come under scrutiny over the weekend, with many people (possibly including Mr. Biden) taking it to mean completely eradicating police forces, as opposed to implementing sizable police force spending cuts and reappropriating the huge amounts of money currently enabling cops to act as de-facto paramilitary gang members, and putting those funds towards other, more effective community support initiatives.

• Today in “Pull them all down and throw them in the bloody harbor:”

English #BlackLivesMatter protesters cheer as the statue of 17th century slave trader Edward Colston is dumped into the Bristol Harbor after being pulled down earlier on Sunday pic.twitter.com/5dVPRYdpau
— Bloomberg QuickTake (@QuickTake) June 8, 2020

• While most of America will have begun some form of tentative re-opening by the end of this week, the country of New Zealand has announced they have officially eradicated COVID-19 from within their borders, and is “returning to normal,” allowing large public gatherings for the first time since March 23.

• You look hot… in a good way! Now you can look even hotter by purchasing the new Mercury Tiger Tank Top (sizing available for all genders and body types) for only $25! Thank you, you’ll be supporting our continuing journalism… while looking like a million bucks!

This reminds me of the time my mostly white high school did a production of The Wiz pic.twitter.com/QsPBvRazsT
— Solomon Georgio (@solomongeorgio) June 8, 2020