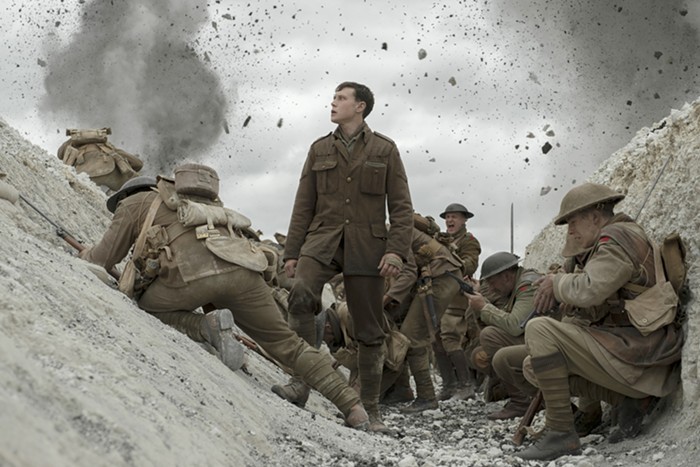 Legendary screenwriter William Goldman once said of the film industry, “Nobody knows anything,” and this is still mostly true, with one exception: If cinematographer Roger Deakins shot the movie, that movie is worth seeing on the biggest screen possible.

Even if 1917 were solely the most impressive work of Deakins’ remarkable career—which it is—I’d be recommending it. But the World War I movie is also one hell of a stunning storytelling experience from director Sam Mendes, co-writer Krysty Wilson-Cairns, and editor Lee Smith. “But wait,” you say, “isn’t the whole point of this movie that there aren’t any cuts? Why did they need an editor at all?”

1917’s hook (or less generously, its gimmick) is that it’s meant to unfold in a single, unbroken take. It’s one of the rare instances of a film’s marketing actually benefiting the finished film, because of the way this knowledge is both paid off… and then subverted.