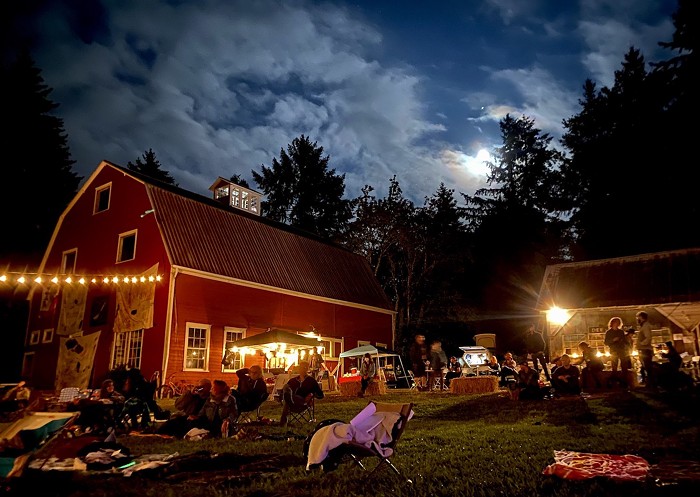 In August 2021, going to shows still seemed like a risky proposition. But the Dundee Lodge Campout—a small music and art festival located on a farm in Gaston, Oregon—looked like a fairly safe bet. Presented entirely outdoors with plenty of room for art projects, camping, and nearby swimming, Dundee amassed a crowd of 450 casually hip-looking attendees and their free-spirited children.

There was a beer barn with quality local brews, indie vendors slinging Neo-Neapolitan-style pizza, and a small stage that musicians set up and performed on at a fairly tight clip. One band member carried his bass drum over his head, through the buzzy crowd.

Some groups seemed kind of awkward in the light of day. Others—like Sad Horse—fully committed and rocked the crowd from a foot off the ground. Dundee has a strong Luddite, lo-fi feeling—with a definite lack of cell service—like Pickathon in its early years.

“I think it’s fair to compare us to Pickathon,” Erik Trexel, the festival’s co-founder, told the Mercury. “That’s probably the closest to what we’re doing. We’re a little rougher around the edges—sticking to a more DIY ethic—and we can’t grow much bigger than we currently are.”

Though Dundee was new to this writer last year, the 2022 incarnation—which takes place Friday August 19 and Saturday August 20—will be its fourth fest and the organizing team’s most ambitious one yet. 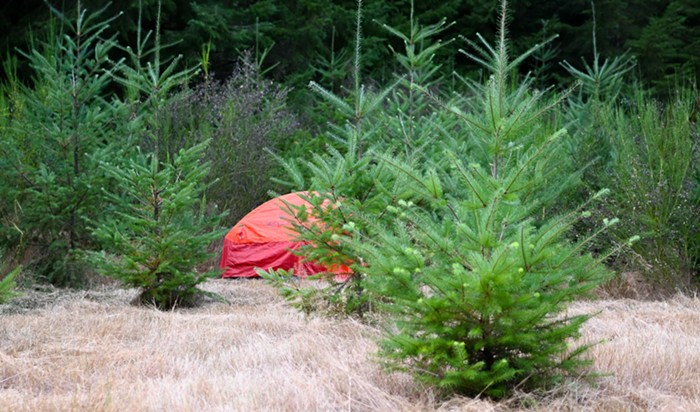 Camping at Dundee in 2021. Suzette Smith

Trexel co-founded the Dundee Lodge Campout in 2018, after attending a small Bluegrass Festival on the farm. Witnessing the area’s eerie beauty and small but respectable stage, his imagination started spinning. “I thought ‘wow, we need to get people out here because it’s just a really special place.”

Abronia‘s Keelin Mayer joined him in the project, co-curating the bill. Dundee’s organizing team has since added Fran Bittakis (of Joop Joop), Beckey Kaye, and Brianna Peasely to its ranks—adding aspects of diversity and visual arts to its vision.

In 2020, they were forced to cancel a fairly ambitious two-night bill, and in 2021, they kept the campout small, with just one night of programming. However, this year Trexel says the team pulled together almost exactly the same line-up that they wanted for 2020, with two additions: Chicago composer Circuit Des Yeux and Michigan noise rockers Wolf Eyes.

“We’re trying to have a wide variety of bands,” Trexel said. “But the bands that we pick are definitely on the fringes of their respective genres. There’s a strong unconventional, psychedelic vibe, but I would say that the majority of musicians come from the punk scene or were in it at some point. They all embraced the DIY spirit [of Dundee].” 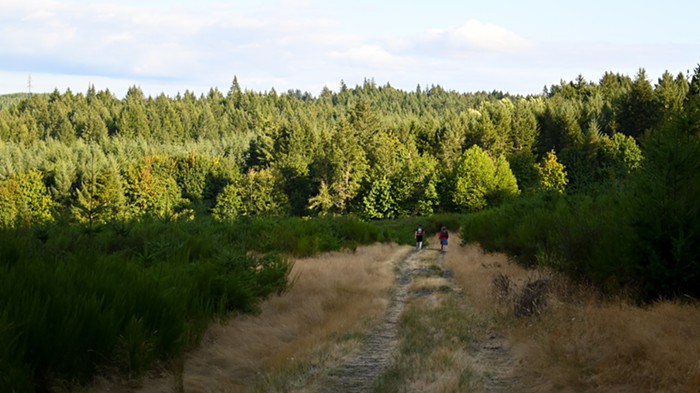 While the fest won’t allow campfires (it will be August in Oregon, after all) they do have an impressive selection of food vendors lined up, like Umano Pizza, Renegade Kitchen, Autobahn Coffee, and PDX Empanadas—last year’s festival heroes, who kept cooking after many carts ran out of food. Trexel says the vendors have a better idea of crowd size this year, so that won’t happen again. The fest will also reprise its full bar barn.

Though the festival can’t grow much more in audience size, Trexel mentioned many more ideas the team wanted to try on in the future, like a Pickathon-esque kids’ stage. He also wished they could have a shuttle to the Elks Recreation Area swim spot to make it more accessible—it’s only ten minutes down a backroad, but it did involve shimming over a gate. Overall accessibility is high on his list of issues he wants to address. For instance, the festival’s camping area is located down a series of uneven, grassy hills, but Trexel says they also have places people can receive special permission to camp that are closer to the stage and don’t involve steep gradation.

The festival’s $150 ticket covers both nights in one lump sum. They aren’t messing with single night tickets because of the hassle of trying to make sure those people go home.

“We’re only selling 500 tickets, which should keep it feeling pretty intimate,” Trexel said. “But it’s also tricky because we need to sell all those tickets to make our money back. We do have a goal of paying the organizers something someday, but right now it’s everybody’s labor of love.”