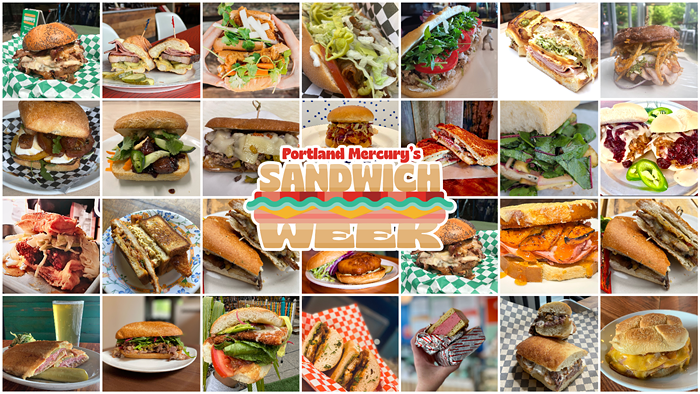 All of these sandwiches are ripe for the eatin’ at Portland Mercury’s Sandwich Week.

Summer is coming in hot in more ways than one: there’s 90 degree weather in the forecast AND the first official day of summer is tomorrow! To help you have a great start to the season, we’ve selected this week’s hottest events, from Portland Mercury’s Sandwich Week to Portland Beer Week and from Bleachers to Summer Luau Block Party.

Steven Wilber’s SPAGHETTIWALL
Former Portlander and current funny guy Steven Wilber, who won the Portland’s Funniest Person accolade back in 2014, is back from LA and ready to complain about it. Since doing stand-up in the City of Angels is tough, Wilber will share his new material, rare bits, and fresh twists on old jokes in this wacky, experimental show. He’s bringing local comic pals Simon Gibson, Katie Nguyen, and Jaren George to the stage, too, so it’ll be a quadruple dose of jokes.
(Siren Theater, Old Town-Chinatown)