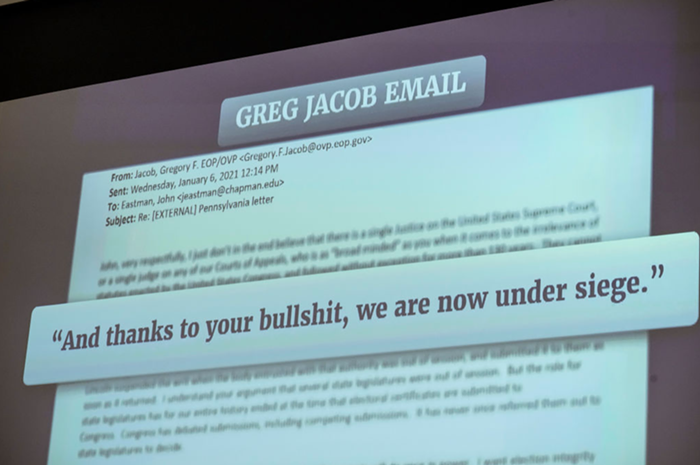 GOOD AFTERNOON, PORTLAND! Hope you enjoyed the nice sunny day forecasters promised us *yesterday.* Tomorrow expect occasional showers with cloudy skies and a high of 61. Now let’s get into the NEWS, yuh!

• It’s taken awhile to get here, but health officials have identified what could be the first case of monkeypox in Oregon. The person allegedly caught it while traveling to a community where there has been an outbreak, and while the person is currently isolating from others, officials are reminding us that the infection does not easily transmit to others.

Cheers to the national champs! The official broadcast of the ultimate frisbee game on Sunday said “Not only did South Eugene win every contest on their path to a 6-0 weekend, but it was also utter domination.” https://t.co/nn6ivfxo4Z

• Portland City Council members appear ready to support the redevelopment of what was once known as Lower Albina, a historically Black neighborhood which was wiped out by city projects such as the construction of Interstate 5 and Legacy Emanuel Hospital. The new plan would call for the building of thousands of homes, new public parks, as well as setting up business incubators.

• As a part of the 2022 Mercury Queer Guide, News Editor Alex Zielinski spoke to KGW news anchor Ashley Korslien about the process of creating a true crime podcast about the murder of Vancouver teen Nikki Kuhnhausen, while avoiding harmful LGBTQ+ tropes. Should Be Alive handles Kuhnhausen’s story with investigative vigor and compassion, and includes both new information on the investigation and a broader conversation about anti-trans laws and legal arguments across the US. Check it out!

I spoke with KGW’s @AshleyKorslien about her new podcast which dives into the the life/death of Nikki Kuhnhausen with clarity and compassion. Here’s our conversation: https://t.co/JlMMM3ZbWc

• Journalist and local music authority Mac Smiff is subbing in for columnist Jenni Moore who is on maternity leave, and wow-wow-wow does he have a lot of great picks! Roullette Delgato, HS.Dro, and so much more are featured in this week’s HEAR IN PORTLAND!

This week’s hilarious edition of POP QUIZ PDX is more like “Poop Quiz PDX”—testing your trivia knowledge on Portland poop-related subjects… along with, you know, the usual shit. Let’s see how smart you are! 🧠https://t.co/YJAPnXtdJB

• And the HITS JUST KEEP ON COMIN’ for Donald Trump who was once again eviscerated at the hands of the January 6 panel today. Here are the takeaways: 1) Trump’s top advisors (including Giuliani) most likely knew their scheme to overturn the election was illegal, and yet? They kept on keeping on. And Trump knew it as well, and desperately tried to drag Mike Pence along for the criminal ride. 2) Trump lawyer John Eastman asked to be put on Trump’s “pardon list”—signifying he knew he was committing a crime, while also revealing the existence of a “pardon list.” 3) The panel are now setting their sites on Ginni Thomas—the wife of Justice Clarence Thomas—who had some suspicious communication with Trump lawyer Eastman.

Fox’s Greg Gutfeld whines about “no mercy being shown for the January 6 protesters”https://t.co/6Pdn4A3rte

• Unsurprising headline of the day: “Buffalo shooting suspect said he carried out attack ‘for the future of the White race’.”

• In what must have been the worst meeting ever, billionaire blubbering baby-man Elon Musk addressed the entire Twitter workforce—even though he still hasn’t committed to buying it.

• Surprise! Seattle will be one of the hosts of the 2026 World Cup games, along with Los Angeles, San Francisco, Vancouver, BC, Kansas City, and more.