Everything changes the moment you’re diagnosed with cancer. But patients can celebrate and have hope in other’s success. 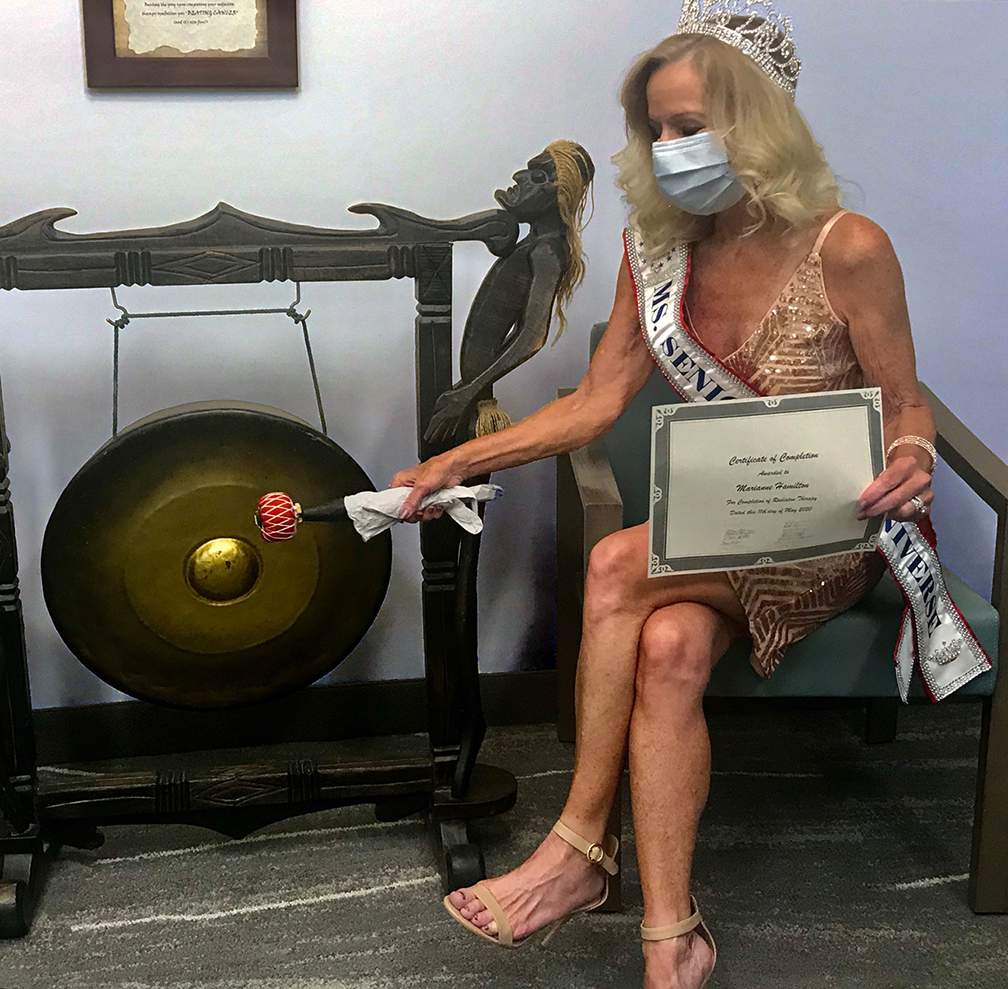 Marianne Hamilton will never forget the day she heard the words, “it’s malignant” and the room started to spin.

Knowing that breast cancer strikes one in five women in their lifetime, and because of a family history of cancer, Hamilton always imagined for her it wasn’t a question of if, but when. Even still, when the diagnosis came, she was understandably upset.

So as the world was starting to shut down for the COVID-19 pandemic in March 2020, Hamilton was ramping up for a battle she was determined to win.

“I had my lumpectomy in March (2020) and radiation in April and May. It was a crazy time,” she said.

Hamilton said her oncologist helped to put things in perspective by pointing out that there would be little else to do during shut down than to focus on her health.

Hamilton knows her case is a fortunate one. The cancer was detected early. It had not spread to her lymph nodes and her treatment plan included radiation, but no chemotherapy.

As an athlete, Hamilton was grateful she felt well enough to continue running during that time. Her daily routine soon consisted of race-walking 4-7 miles, showering and eating and then heading to the Intermountain Cancer Center in St. George.

“I’d wear a different color running skirt every day and I put an adhesive number on my shoulder indicating how many treatments I had left,” Hamilton said. “I felt like I was in a race.”

Hamilton crossed the finish line for her treatments on May 11 while wearing a sequin cocktail dress, sash and beauty pageant crown as a way to celebrate. She brought in a big cake with a radioactive symbol on top to give to the cancer center technicians as a way of saying thank you.

“Everyone at the cancer center was so wonderful,” Hamilton said. “I can’t say enough about my oncologist, my nurse navigator… all of them. They were the dream team. I can’t imagine having anyone better to guide me on that journey.”

Hamilton also credits her husband for his unfailing support during such a difficult time.

“I would never have made it through as well as I did, or as happily as I did, without him,” she said.

Hamilton said she knows she is one of the lucky ones. Her case resolved relatively quickly and with the best possible outcome. Even still, her cancer journey has given her a great deal of perspective on life, and she is grateful for any chance she has to help other people.

“So many people in town were so helpful to me. I want to be able to pay it forward, and I have been doing that as much as I can,” Hamilton said.

Along with another year as a cancer survivor, Hamilton hits another milestone this year — her 70th birthday — and she is thrilled!

“This will be an epic year,” she said. “I won the Ms. Senior Universe title in January, it’s my 20th wedding anniversary in June and my 70th birthday in November, plus we’ll be grandparents for the first time this summer. With so many amazing things to look forward to, it makes my health adventure even more precious.”

Based in Utah with locations in seven states and additional operations across the western U.S., Intermountain Healthcare is a nonprofit system of 33 hospitals, 385 clinics, medical groups with some 3,800 employed physicians and advanced practice providers, a health plans division with more than one million members called SelectHealth, and other health services. Helping people live the healthiest lives possible, Intermountain is committed to improving community health and is widely recognized as a leader in transforming healthcare by using evidence-based best practices to consistently deliver high-quality outcomes at sustainable costs. For more information, see Intermountain Healthcare.