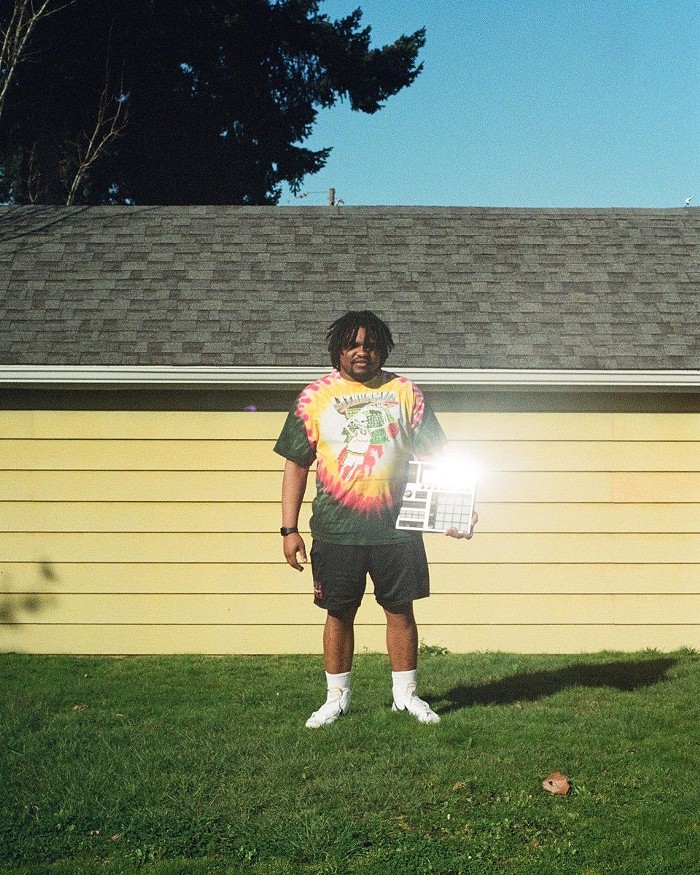 In terms of gardening, May is blooming quite nicely here in Portland. And in terms of music, the new month has produced some excellent local music growth. We’re excited about a “Warm Up” hip-hop show at the newly reopened Church Bar, two new releases from Portland-based producers, as well as Eyelids’ pivot from a record release of their now-delayed A Colossal Waste of Light to a promising grand “weirdo” evening of deep cuts and previously unheard live tracks.

After going on a hiatus and closing its doors back in December 2021, Northeast Portland’s Church Bar recently resurrected under new management. The Southern- and church-themed drinking and dancing spot is finally back on its beloved “eat, drink, repent” bullshit. What better way to celebrate Church’s return than by getting lit with a night of live music from Portland native rapper Kahlil Khalil. The Warm Up—a stellar hip-hop bill he curated—will feature producer/rapper/singer Majik9, producer/songwriter/engineer Wavy Josef, and rapper/singer/songwriter Sotae. (Sat May 14, 9 pm, Church Bar, 2600 NE Sandy, $10 at the door)

On May 1, Portland-based producer Blangblanglang, AKA Bryce Howell, dropped a new instrumental beats tape, Blangtape Vol. 2, via his independent label Big World Recordings. Clocking at around 30 minutes and spanning 13 tracks, the whole project is thoroughly vibe-y, ethereal, at-times jazzy, and borderline hypnotic. The songs are referentially titled and will likely resonate with anyone who knows this area well: “Buckman Heights” is named after an apartment complex in Northeast Portland. The suburban “Sunset Drive” is likely named after a loop in SW Portland’s Hillsdale neighborhood. Other highlights include the boom-bap-ish “Romanov Estates,” the aptly titled “Lazy Tuesday,” and the sinister “Various Gunn Sounds,” which swaps in synthetic strings to build tension and convey the feeling of atmospheric violence.

Another noteworthy May Day release came from stalwart Portland producer/musician Snugsworth, who’s been on a roll the last couple months, having dropped his April single “Coup De Grâce,” and the lovely Femboy EP this past March, which saw the artist adding vocals atop his usual, original productions. Snugsworth’s latest single—which he calls a “silly little remix”—is “Ball So Hard,” and it’s centered on a sample of “Niggas In Paris (Ball So Hard)” from Jay Z and Kanye West’s 2011 studio album Watch the Throne. The upbeat remix is fun and danceable, and should be played in the downtime between acts at every local hip-hop show.

ADDED TO THE QUEUE:
Some upcoming music buzz to put on your radar.

There’s been a good amount of buzz around Portland indie rock mainstay Eyelids’s forthcoming album, A Colossal Waste Of Light, and the group wanted to debut the new record on June 10 at Mississippi Studios, playing a bill with Herman Jolly (who’s also the frontman from Sunset Valley). Unfortunately the group recently announced that the record wouldn’t available until October: “You know the drill. Delayed,” they wrote on the band’s social media page. It’s fairly well known that the pandemic created an unexpected, increased demand for vinyl at the same time that shutdowns and supply hiccups slowed down production. So now the renamed Almost Record Release Party, will instead be a grand “weirdo” night, full of commemorative posters, live versions of the new record, deep cuts they’ve never performed before, as well as some other surprises they’ve saved for the night of the show. “Everyone in attendance might want to set aside the following night to partake of a very STRANGE, MYSTERIOUS gift from Eyelids as well,” the group wrote. (Fri June 10, 9 pm, Mississippi Studios, 3939 N Mississippi, $15, tickets)