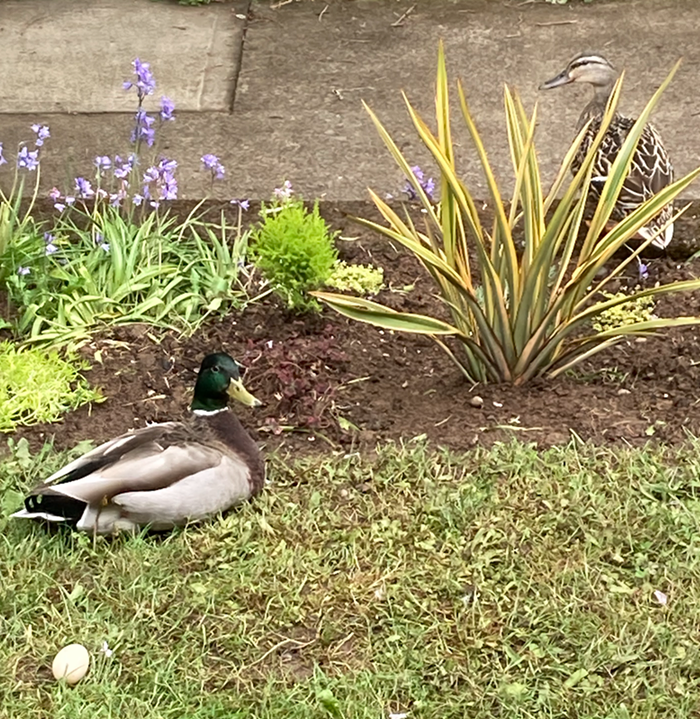 GOOD AFTERNOON, PORTLAND! Today’s top story: DUCKS KEEP LAYING THEIR GODDAMN EGGS ON MY FRONT LAWN!! The above “egg” is the second egg laid this week, and this time, the female stared at me as she dropped it! Look, ducks, there’s a woodsy creek right across the street. Lay your goddamn eggs there! In other words… NIMFY! (Not in my front yard.) Wonder if this is how People for Portland feel? Anyway… HERE’S THE REST OF THE NEWS!

• If you’ve been breathlessly waiting, your patience has paid off—the Mercury‘s heavily researched MAY PRIMARY ELECTION ENDORSEMENTS have dropped, which means you can finally fill out your ballots. (You’ll be happy to know we didn’t endorse a single police or People for Portland puppet.)

It’s here: The Portland Mercury’s endorsements for the May 17 primary election!

• This morning the staff from Congregation Beth Israel in Northwest Portland discovered scorch marks as well as an anti-Semitic death threat on their front door. A pertinent paragraph from the story: “An audit done by the Anti-Defamation League’s Center on Extremism, which tracks incidents of anti-Semitic harassment, vandalism and assault in the United States, found there were 2,717 anti-Semitic incidents across the country in 2021, a 34 % increase from 2,026 incidents the prior year and the highest number on record since the organization began tracking the incidents in 1979.”

• As expected by health experts, COVID cases and hospitalizations across the state are growing, though infections are “decidedly” less severe, thanks to so many Oregonians “doing things right” during the past months.

We’re kicking the month with the Better Naito Forever ribbon cutting and inaugural bike ride! Join us this Friday, May 9 starting at 9:30 a.m. at the Salmon Springs Fountain at SW Salmon Street and Naito Parkway! #PDXBikes https://t.co/mVlZIYblUt

• Because we live in the world we do, KGW has taken to debunking a bunch of ridiculous stories they never would’ve wasted their time on in the olden tymes. Here’s my fave KGW debunk of the day: “No, if a person commits a crime wearing a wig made of donated hair, the donor can’t be implicated.”

• Put on your rubber gloves… it’s time for the newest edition of THE TRASH REPORT! This week our Elinor Jones reports on nearly nude skiiers, a local haunted church for sale, and which of your fave celebs are drinking blood!

• Despite being fired upon by missiles, Ukrainian officials vow to continue the massive evacuation of citizens from Mariupol.

• Calling all lovers of District One from The Hunger Games… the MET GALA is happening now!

All hail the majestic @JanelleMonae, who serves sparkles and style as they shimmer up the #MetGala red carpet. ✨ pic.twitter.com/MgJVUHHVC5

• A Georgia grand jury will have one year to determine whether or not former President Trump and his corrupt cronies tried to interfere with the state’s election in 2020, and then issue a report to the district attorney over whether or not his office should press criminal charges.

• In a very much related story: A former NYPD cop has been found guilty of assaulting a Washington DC officer WITH A FLAG POLE during the January 6 domestic terrorist attack on the nation’s capitol.

• Mere weeks after a New York Amazon warehouse voted to unionize, co-workers in a neighboring building have voted against it.

• And finally… exactly what will happen to anyone who wears the same dress as me at the Met Gala: