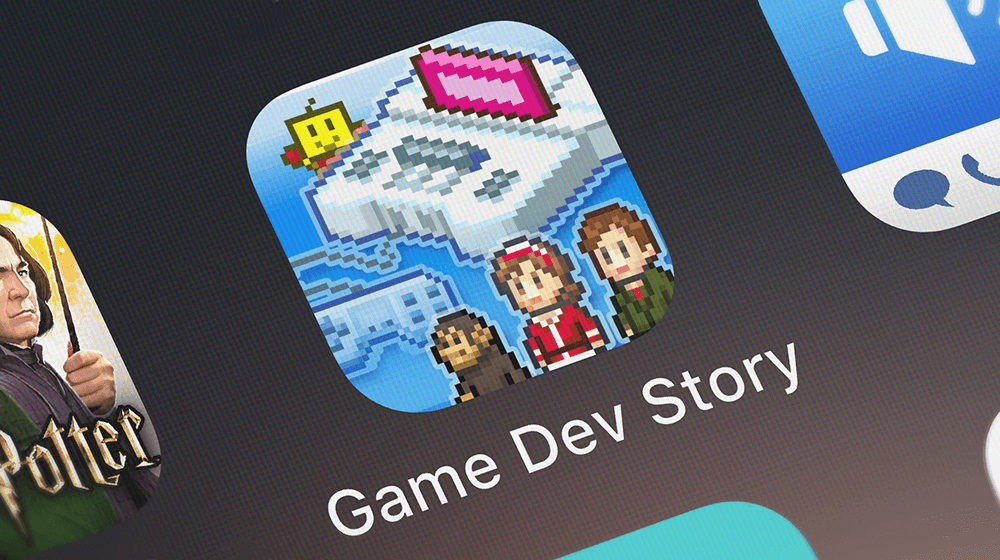 Have you dreamed of conquering the business world? Are you looking for ways to sharpen your entrepreneurial skills while having fun with relaxing games? Art mimics life in many of today’s top tycoon games, and aspiring entrepreneurs can live their fantasies of running thriving organizations in a virtual environment.

Whether your avatar is running a company, building rollercoasters, or even heading the mob, many of the same skills needed to win at business simulation games are also required to succeed in 21st-century business. Want to check out a few business strategy games? Read on to learn about 17 tycoon games that will sharpen your business skills.

What are Tycoon Games?

What are tycoon games? Also known as economic simulation games, tycoon games are those that focus on economic process management. Modeled after some of the best business board games of yesteryear, players must employ real-world economic strategies to master the game and achieve its objectives. Many of the business simulations found in tycoon games mirror real-world scenarios, while others are fictitious situations for added drama and entertainment.

What are the best tycoon games of 2022? A simple search yields so many business games, how can a user know which to choose? The following 17 business games are sure to appeal to budding entrepreneurs of all skill levels. 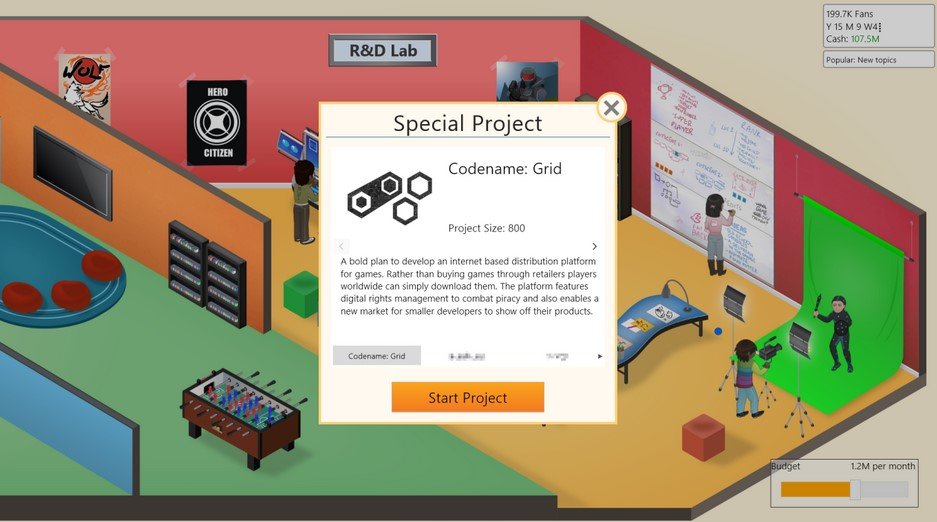 It might be a few years old, but Game Dev Tycoon is still one of the best tycoon games on the market. The game features all the ingredients of a successful business game, and players are tasked with building a game development studio. The Game Dev Tycoon scene begins in a 1980s garage, and the gaming company expands to more sophisticated locations as players’ skills increase and time passes. 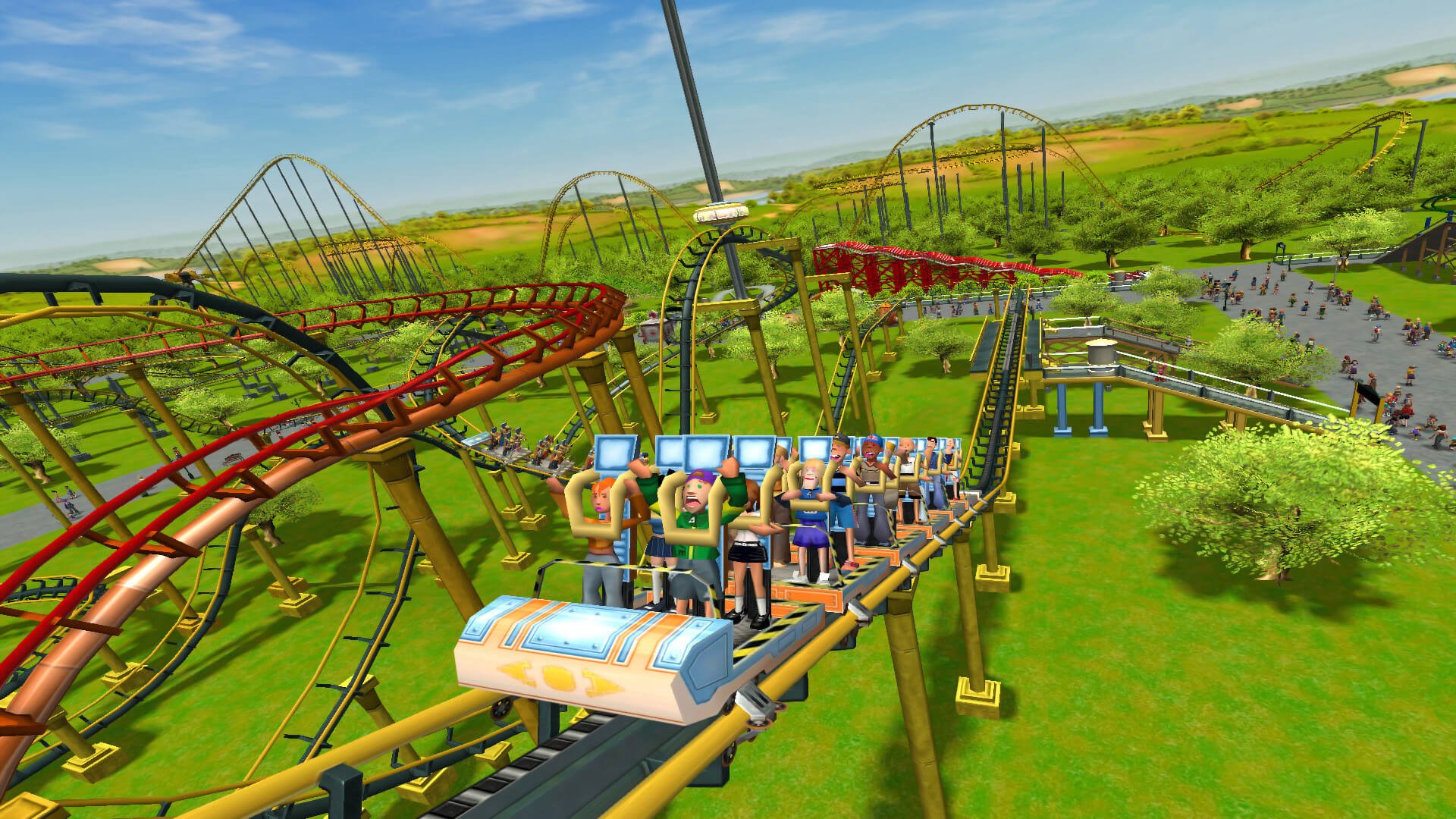 Another popular game in the Rollercoaster Tycoon franchise is Rollercoaster Tycoon 3, where players also simulate building and operating the best theme park, handling everything from finances and maintenance to food and customer service. The goal of the game is to consistently draw the most customers. Of course, with success comes the expansion of the roller coaster’s operation. Do you have the rollercoaster tycoon touch?

Another great game for simulating theme park construction management is Planet Coaster. In this tycoon game, players are tasked with creating a mind-blowing theme park complete with exciting and unique rides and attractions. The wilder and more fear-inducing the roller coaster design in Planet Coaster, the more customers the park will attract… and the more revenue it will earn. 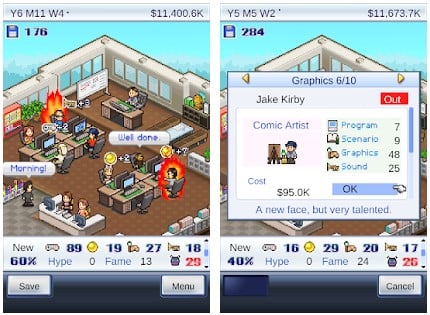 An oldie but a goodie, Game Dev Story has been entertaining budding entrepreneurs for decades. The game, which tasks players with building and operating their own game development company, is one of the best tycoon games and continues to dazzle gamers and professionals alike. To succeed, players must create games, conquer the qualities that impact a game’s popularity and sell the most creations.

Assemble the ultimate animal collection and build your own Jurassic Park in this unique tycoon game. In Jurassic World Evolution, players bioengineer their own dinosaur species, create incredible enclosures for them and expand their theme parks with entertainment and attractions. Gamers might not be facing real-world scenarios in this fantasy simulation where dinosaurs are brought to life, but they still need real-world business savvy to strategically operate their simulated zoological theme parks. 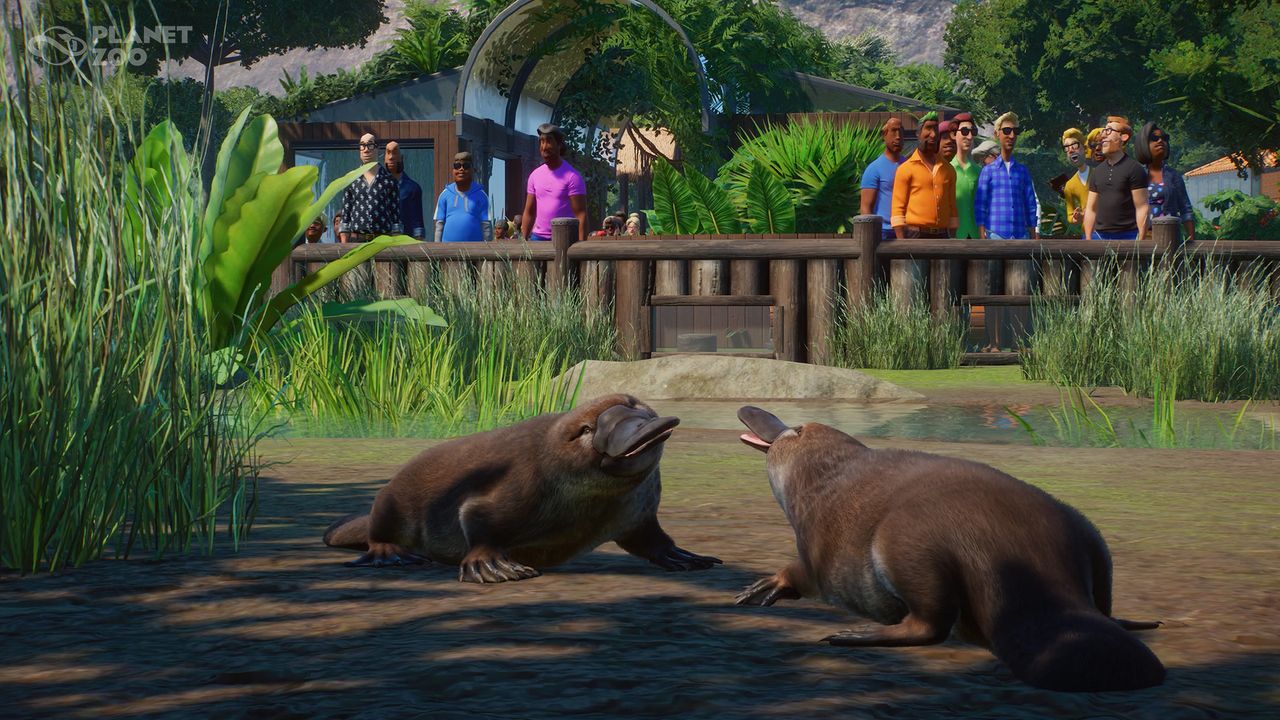 Animal lovers who dream of turning their passions into a thriving business can simulate their fantasies while playing Planet Zoo. In this entertaining video game, players build and run their own zoos, hosting a variety of animals and welcoming visitors as they manage the organization. Of course, they will have to overcome countless pitfalls as they manage their own business and become a zoo tycoon, but it’s not the only game to dish up obstacles to players’ success.

Entertaining gamers for generations, Animal Crossing has appeared across multiple platforms over the years. In this social simulation game, players must succeed while living in a village community, saving enough money to pay off the mortgage of a house. In doing so, they must collect a variety of materials and sell them, meeting goals and overcoming obstacles along the way of the relaxing game. 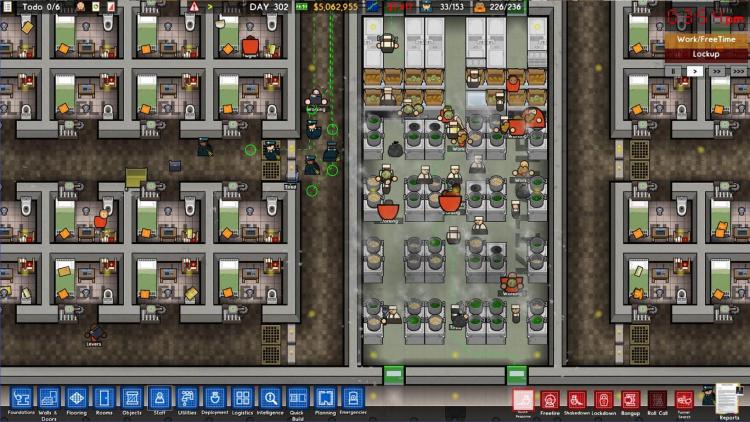 Use your gameplays to manage an incarcerated population in the Prison Architect video game. Players must construct a prison by building facilities, hiring staff, introducing reform programs and managing finances. In the process of these resource management games, Prison Architect players must overcome plenty of prisoner-related obstacles, including fights, riots and other crimes.

Have you dreamed of running your own restaurant? Restaurant Tycoon 2 players can experience a working restaurant simulation and manage their eateries down to the smallest details. A popular restaurant management game, Restaurant Tycoon 2 invites players to build their restaurants, furnish them, staff them and operate them, including serving tantalizing dishes to patrons. 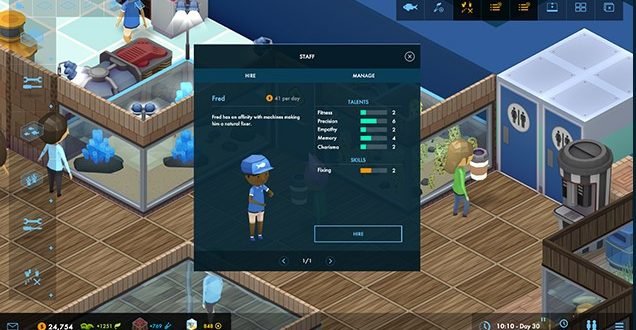 Whether players are surviving tsunamis or feeding a multitude of sea life, Megaquarium is an exciting tycoon game for aquatic lovers with an entrepreneurial spirit. Build a thriving and successful aquarium filled with enclosures for fish, sharks, crabs and turtles. Add additional facilities like toilets, attractions like food service and wait for attendance to soar.

The fairly complex business strategy game starts off with players navigating their new computer business in the 1970s. As the Computer Tycoon game progresses, they grow their companies over the following decades, learning to compete in an ever-changing marketplace. To succeed players must not only design their computers but manage their teams and complete essential upgrades at the optimal time. 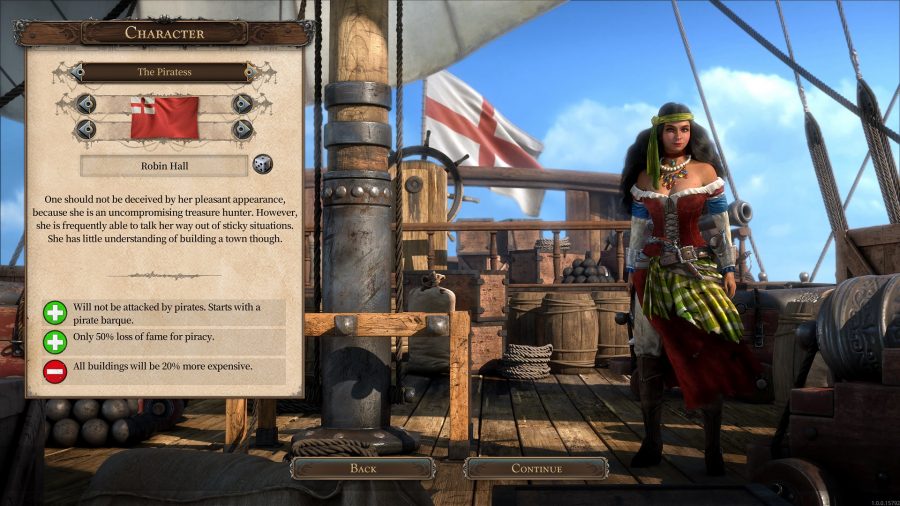 One of the newest and most popular tycoon games on the market, Port Royale 4 is the latest entry in a long series of successful business simulations. Players are charged with managing a trading company found in the Caribbean during the height of colonial expansion. They start the game with a single ship, then must sail from port to port trading goods and avoiding treacherous pirates.

A favorite among the best tycoon games, Offworld Trading Company brings a sci-fi flavor to business strategy. Players are tasked with running businesses in interstellar communities. They must follow an intricate economic model and carefully track their resources to succeed. While they strategize, players can enjoy playing in environments that feature Mars or even Jupiter’s moon, Io. 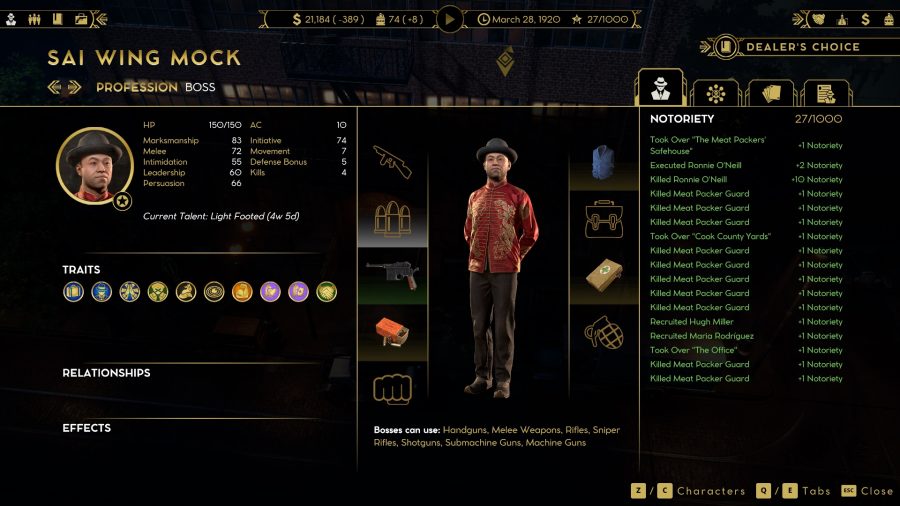 Tired of business simulations that have you run a legitimate company? Step into the shady underworld of organized crime with Empire of Sin, where players must successfully run a mob organization. Starting with a few humble speakeasies, players try to build their mob business until it becomes a citywide criminal empire. Of course, they might have to fight off a few gangsters in the process.

In this business strategy game for Windows, players are tasked with exploring the moon Titan, then successfully managing the expedition. While exercising their business savvy, Industries of Titan players are immersed in a dystopian future world with a hostile environmental and corporate culture. Ultimately, players succeed when they create a sprawling and bustling extraterrestrial city. 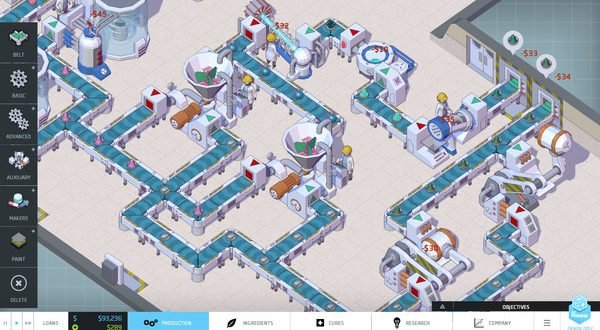 Have you dreamed of running a large factory? How about a pharmacy? In Big Pharma, players must successfully navigate the pitfalls associated with both big business and the pharmaceutical industry. As the manager of a billion-dollar pharmaceutical company, players must strategically organize all the aspects of running a manufacturing business, including managing money, hiring staff and maintaining equipment among much more.

What is the best free tycoon game?

There are plenty of great tycoon games to play and sharpen your business skills, but most of them aren’t free. The best free tycoon game is Open Transport Tycoon Deluxe, or OpenTTD, called one of the single best tycoon games of all time. Players of the open-source simulator game become railroad tycoons or even full transport tycoons, earning money by transporting passengers and freight over the road, rail, air, and water.

What is the best tycoon game in Play Store?

The best tycoon game in Google’s Play Store is Game Dev Tycoon. One of the most popular tycoon games for mobile devices, the game is also available on a variety of other platforms. In-Game Dev Tycoon, players do just as the name suggests, they design video games to grow their companies into gaming industry giants.

What is the best tycoon game in the world?

The all-time best tycoon game in the world has got to be Rollercoaster Tycoon. The wildly-successful game combines creativity and problem solving as players vie to build the most dramatic yet effective roller coasters and draw the largest crowds to their theme parks. The game doesn’t end with building the coasters and amusement park, however. Players then must manage the operation, including staffing it, maintaining it and managing money.

This article, “17 Tycoon Games to Sharpen Your Business Skills” was first published on Small Business Trends