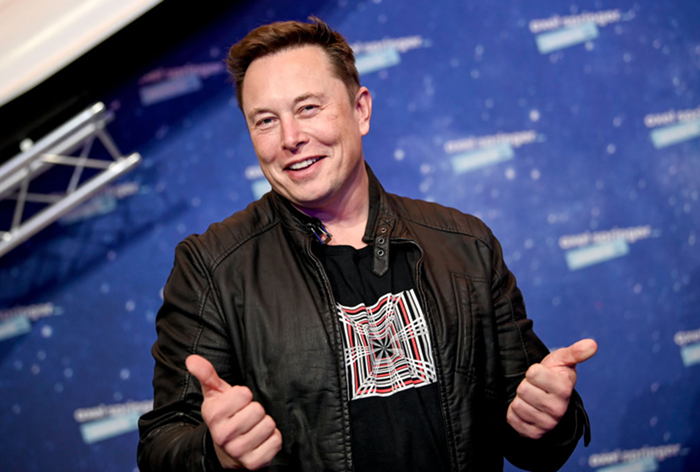 ‘What has two thumbs and just paid $44 billion to ruin Twitter? THIS GUY!!” Pool / Getty Images

GOOD AFTERNOON, PORTLAND! Happy April 25th, to those who celebrate. Put on a light jacket, and let’s go out and get some NEWS!

Today in “WHO NOT TO VOTE FOR”: First a bunch of rich real estate developers and biz owners pooled their money to unseat Commish Jo Ann Hardesty and replace her with a pro-business “Progressive Pragmatist” (HAHAHAHAHAAAA) candidate, Vadim Mozyrsky, in the coming election. Today, the equally loathsome Portland Police Association (the union for rank-and-file cops) threw their support behind Hardesty’s other main competitor, Rene Gonzalez, who’s a tough-guy supporter of the clearly broken policing system in Portland, and wants to end the city’s homeless crisis by throwing the “service resistant” into jail. “Oh dear… which puppet should I choooooooose??”

What does the @Oregonian Editorial Board and the police union have in common? They both endorsed @JH4PDX opponent Rene Gonzalez. The stakes of this election couldn’t be clearer.

• Speaking of “puppet endorsement,” President Joe Biden has officially endorsed incumbent Democrat Kurt Schrader, who represents both the Oregon’s 5th Congressional district as well as his pals in Big Pharma. Progressives are rightly not pleased.

Do you ever absent-mindedly drop your bong? Maybe it’s just us. We were stoked to hear that Bend, Oregon designers Smoke Honest made a component-based bong, so a single broken part can be replaced instead of trashing the whole pipe.https://t.co/B1mK38KMLE

• Demonstrators and supporters of the new group Soccer City Accountability Now flew banners at this weekend’s Timbers’ game with messages such as “YOU KNEW” to protest how management has continually mismanaged recent accusations of sexual harassment and domestic violence. The group wants the team to be sold, or for top managers to be fired.

• Calling all fun-time gossip lovers: It’s the newest edition of THE TRASH REPORT. This week, Britney & K-Fed’s reunion fight, Ferris Bueller’s affair with his sister, and falling head-first into an outhouse. You know… the “youshz.”

• Biden secretly sent two high-level officials to the Ukraine capitol on a risky strategy mission that would involve weakening the Russian military so they’ll be unable to commit similar invasions in the future. Within hours of their departure, Russia forces bombed five of the country’s railway stations.

Whoa. New texts obtained by CNN show that Rep. Marjorie Taylor Greene told Meadows that he should talk to Trump about the possibility of invoking martial law. She testified Friday under oath that she couldn’t remember if she ever advocated for martial law. https://t.co/Vrx0ToaH9W pic.twitter.com/mqaapoUiJs

• Trump has been found by a federal judge to be in contempt of court for refusing to produce documents sought by New York Attorney General Letitia James in her continuing investigation into his deeply shady business, and even better? The judge said he’ll pay $10,000 per day until he gives up the documents. Ha-Ha-HAAAAAA.

• If you already dislike Twitter, get ready for it to get significantly worse: Billionaire weirdo Elon Musk has reportedly raised the $44 billion (!!) necessary and has struck a deal to buy the social media platform, with big plans to “transform” it—a promise that should send shivers down anyone’s spine.

• “As you wish?” No one wished for this! “Princess Bride star Cary Elwes hospitalized after rattlesnake bite.”

Older twitter users who have lived through geocities, web forums, livejournal, myspace, tumblr and twitter, finding out that it may be yet again time to change platforms pic.twitter.com/h5HAIrbwyn