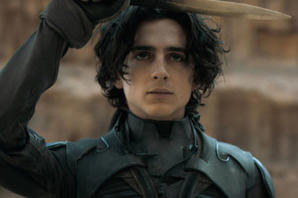 More Dune: Following last weekend’s successful opening for Denis Villeneuve’s Dune, a.k.a. Dune: Part One, Legendary greenlit the sequel. Deadline reports that Villeneuve will be back to co-write, direct and produce Dune: Part Two, which will go into production next year for an October 20, 2023 release from Warner Bros. Unlike Part One, the second installment will be exclusively shown in…