James G. Pressly, Jr. Attorney of Pressly, Pressly, Randolph & Pressly PA was recently selected as Top Attorney of the Year for 2022 by the International Association of Top Professionals (IAOTP) 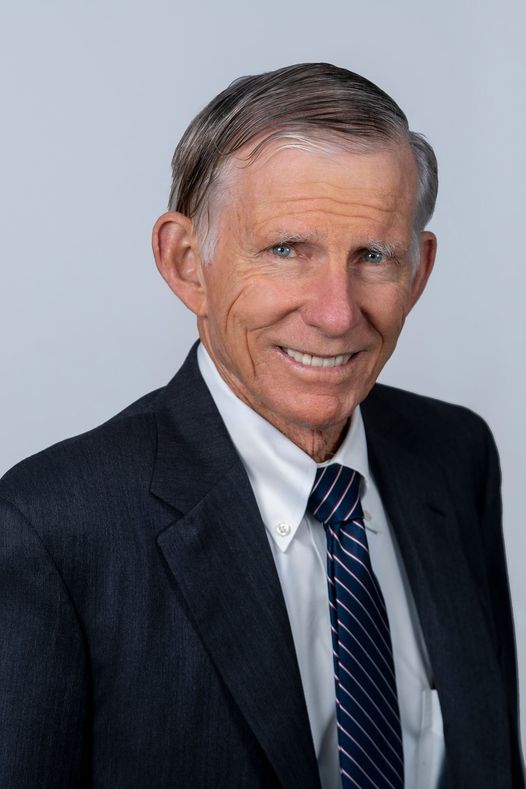 James G. Pressly, Jr. Attorney of Pressly, Pressly, Randolph & Pressly PA was recently selected as Top Attorney of the Year for 2022 by the International Association of Top Professionals (IAOTP) for his outstanding leadership, commitment and dedication to the industry.

Inclusion with the International Association of Top Professionals is an honor in itself, only a few members in each discipline are chosen for this distinction. These special honorees are distinguished based on their professional accomplishments, academic achievements, leadership abilities, longevity in the field, other affiliations and contributions to their communities. All honorees are invited to attend the IAOTP’s annual award gala to honor their achievements. www.iaotp.com/award-gala

With over 50 years of professional experience practicing law, Mr. Pressly has certainly proven himself as an accomplished attorney. As a dynamic, results-driven leader he has demonstrated success over the entirety of his legal career. He is a Partner at Pressly, Pressly, Rudolph & Pressly located in Palm Beach, Florida. Mr. Pressly and his brother David Pressly formed their law firm in 1991, and Mr. Pressly’s son Grier Pressly joined as a Partner in 1999. Mr. John Randolph Jr. joined the team and became a Partner in 2000.

Before embarking on his legal career path, Mr. Pressly attended the University of Florida and graduated Phi Beta Kappa in 1969 earning his Bachelor of Arts degree. Later, he obtained his Juris Doctorate from the University of Florida Law School, graduating with the highest honors and was elected as a member of the Law Review and Order of the Coif.

As a prominent, trusted attorney, Mr. Pressly has had the honor of speaking and sharing his knowledge at conferences and seminars. Additionally, Mr. Pressly is the author a chapter in the Florida Bar Book, Litigation under Florida Probate Code, “Removal of the Personal Representative and Surcharge,” published in 2004 and updated in 2006, 2009, 2011, 2013, 2015, 2017 and 2020, and co-author with John W. Randolph, Jr. of the 2-Volume Book: “Florida Estate Planning.” (James Publishing), 2009.

Notably, in the 95-year history of the Bar, Mr. James Pressly and Mr. Grier Pressly are the third father and son team to serve as the President of the Palm Beach County Bar Association. He is a Fellow of the American College of Trusts and Estates Counsel, currently serving as chairman of the Evidence subcommittee of the Fiduciary Litigation Committee.  Mr. Pressly performed as the Vice Chairman for the Committee on Fiduciary Litigation for the American Bar Association from 1988-1991.

Throughout his illustrious career, Mr. Pressly has received many awards, accolades and has been featured in publications for his outstanding leadership and commitment to the legal industry. This year he will be considered for a feature article in TIP (Top Industry Professional) Magazine and was chosen as Top Attorney of the Year by the International Association of Top Professional (IAOTP). He will be honored at IAOTP’s Spring gala at the EAU Palm Beach Resort & Spa in March. For 2022 he is also being considered for the prestigious Lifetime Achievement Award given by IAOTP.

In past years, Mr. Pressly has been awarded by many different who’s who organizations for his merits and significant contributions to society. He has been listed as one of the Best Lawyers in America since 1983 and received an AV Preeminent peer review rating through Martindale-Hubbell. Mr. Pressly earned himself the title for West Palm Beach as “Lawyer of the Year” in Trust Estates and Litigation from 2012-2014.

The President of IAOTP, Stephanie Cirami, stated “Choosing Mr. Pressly for this award was an easy decision for our panel to make. He is insightful, analytical and a true innovator of his time. We felt he would make an amazing asset to our organization. We are looking forward to meeting him at the Annual Awards Gala.”’

Looking back, Mr. Pressly attributes his success to his perseverance and intellectual interest in his specialized area of the law.  When not working he enjoys spending time with his family and state/national tennis competition. For the future, Mr. Pressly plans to continue helping his community through his expertise in the law.

The post James G. Pressly, Jr. selected as Top Attorney of the Year by IAOTP first appeared on PRUnderground.