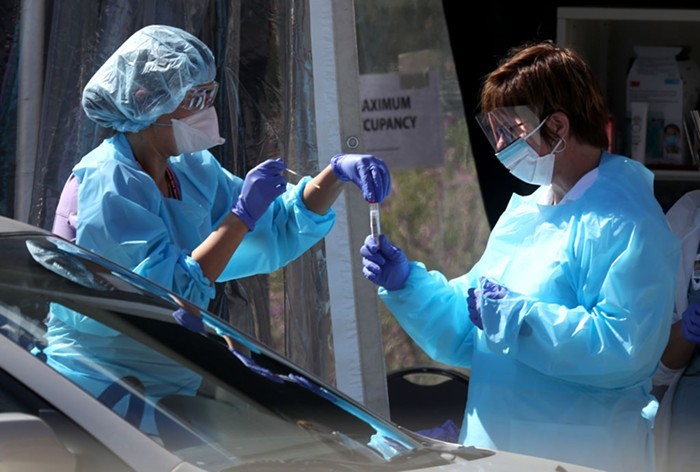 And here are the headlines.

• Kaiser Permanente nurses and health professionals in Oregon are getting ready to strike, as new contract negotiations have stalled on wage increases and workloads. In a vote, 96 percent of union members said they support the strike, meaning the union can now pull the trigger on it at any time.

• A group of former Oregon elected Republicans are suing to block the new congressional district map, calling it “partisan gerrymandering.” In a similar 2001 lawsuit, the Oregon Supreme Court upheld the new map, so it may be unlikely that this lawsuit will change anything.

• It’s been nearly a year since Portlanders voted to approve a new oversight system for police who engage in misconduct. Yet, because the process of overhauling a police accountability program takes time, the city is still operating under the oversight system the ballot measure aims to undo—the Police Review Board. In this fascinating piece, our own Alex Zielinski breaks down why the Police Review Board is such an utter failure when it comes to disciplining cops.

• Happy Anniversary to this couple!

After 299 days in the hospital with COVID, Sandy man returns home, just in time to celebrate 22nd wedding anniversary https://t.co/LLz9KttrQw

• The FDA is getting closer to authorizing emergency use for the first pill used to treat COVID-19. The pill, Merck’s molnupiravir, could cut hospitalizations of at-risk COVID patients in half.

• It’s time to stock up on Reese’s Pieces, because Dr. Fauci says that trick-or-treating will be safe for kids this Halloween.

• Amazon was planning to open a new warehouse in San Diego—but the company has now abandoned the plan. In what I’m sure is just a huge coincidence, San Diego has been considering adopting a new worker protection law that would require more sick days and workplace safety regulations.

Jon Gruden said he has resigned as head coach of the Las Vegas Raiders after the New York Times reported he had used racist, misogynistic and homophobic language in emails over several years https://t.co/LrQn7eck3t pic.twitter.com/EjTAYz6euF

• Checking in on our extremely functional federal government, via this AP headline: “House returns to stave off default with debt limit vote.”

• Netflix has suspended a trans employee who dared to tweet negatively about the streaming service’s new horribly transphobic Dave Chapelle comedy special. Netflix claims the employee, Terra Field, was suspended after she tried to attend a high-level meeting she wasn’t allowed to be at. Hmmm, speaking truth to power at work sounds a lot like something an inspiring character in a Netflix show would do.

• And finally: I’m a day late on this, but Happy Coming Out Day!

Happy national coming out day! Be gentle with yourself- there is no “right way” to come out. For example, I came out by forgetting to cancel a free trial for a gay dating app while on a family plan pic.twitter.com/5D9J6wPfpy