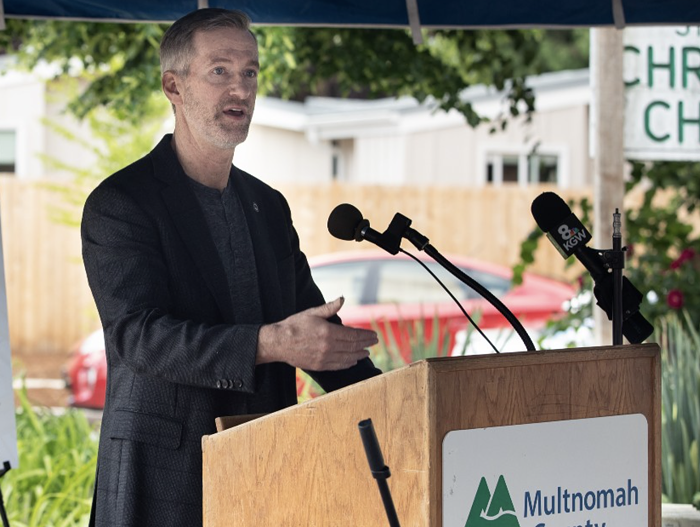 • Portland Thorns and Timbers supporters are calling for a boycott of stadium concessions and club merchandise and the removal of Thorns general manager Gavin Wilkinson, as the fallout from the Paul Riley abuse scandal continues. Read all the latest details from this infuriating case in the Mercury’s original reporting.

• Last week, the city of Portland announced three locations for planned outdoor homeless shelters known as “safe rest villages.” Now, one of those locations in Southeast Portland is off the list—because it’s a flood risk area.

• Today, on The Real Staffers of Portland City Hall:

Two other Wheeler senior staff will depart within weeks.https://t.co/tbVw5qobPy

• In case you missed our reporting on this yesterday: The first six months of the Portland Street Response pilot project is meeting its lofty expectations, according to a Portland State University (PSU) study released Tuesday. In fact, the PSU study says the Portland Street Response is “well on its way to becoming a citywide solution to responding to 911 and non-emergency calls involving unhoused people and people experiencing mental health crisis.”

• The World Health Organization (WHO) approved the world’s first malaria vaccine for widespread use today. The vaccine isn’t a magic bullet—it only decreases malaria cases by 40 percent, and it requires a complicated four-injection schedule—but medical experts are hailing it as “a glimmer of hope” for the fight against malaria, particularly in Africa.

• A shooter opened fire at a Texas high school this morning, wounding four people. A suspect in custody is an 18-year-old student, and the incident may have been prompted by a fight between classmates.

• Across the country, the summer surge in COVID-19 cases in decreasing, and new weekly United States cases have dropped to below 100,000 for the first time in months. Also happening across the country, including in LA, Minnesota, and New York: more vaccine mandates to work and participate in public life.

• Looking for something spooky—and funny—to do in the lead-up to Halloween? Check out this piece about a stage parody of A Nightmare on Elm Street.

• And finally, here are your dinner plans:

Casa Zoraya has menu full of delicious Peruvian delights—and oh! That back patio! Our Janey Wong (@janey_san) has the review.https://t.co/Qo9tt1csUK