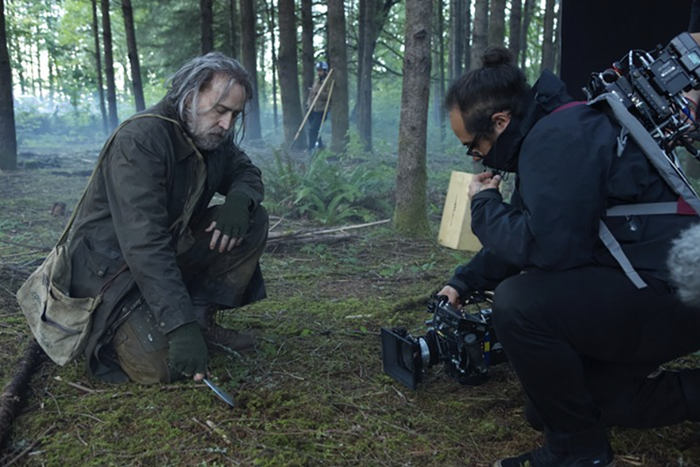 The making of one of the year’s best films, Pig, is a tale of taking big risks to tell a humble story. The film stars Nicolas Cage, in a role where his character isn’t built on the foundation of a boisterous performance, but of smaller, quiet scenes that are no less impactful. The director didn’t know Cage would be a part of it, or that it would catch on how it did. Yet it has done just that, resonating with audiences who have connected with how Pig handles grief and the idea of whether you can find a new life for yourself after losing everything.

Set in Portland, it follows Cage as Robin “Rob” Feld, an acclaimed chef returning to the city where he used to work. It is a heartfelt, delicately paced film that traces the path of Rob’s old life in order to recover the one thing he still cares about: his beloved truffle pig. The film’s use of Portland is a rarity: city in the northwest actually plays itself, as opposed to just being Vancouver in disguise. The location, with the past it represents for the character, is a crucial part of the narrative— the area’s culinary history which Rob has defected from is actually baked into the meaning of the film.

So how did this unexpected film come to be such a profound piece of art? This is the oral history of how Pig, a film told in three parts that resemble the course of a meal, was created and shared by the people that crafted it: writer-director Michael Sarnoski, writer-producer Vanessa Block, editor Brett W. Bachman, as well as composers Alexis Grapsas and Philip Klein.