Tensions are running high in U.S. states which are banning mask requirements in schools as Statista’s Katharina Buchholz notes that more and more school districts are deciding to go against governors and mandate masks anyways. Among the states in question, Florida and South Carolina have seen the biggest surges of new COVID-19 infections recently.

In Texas, which is one of the eight states which does not allow mask requirements in schools, Governor Greg Abbott has tweeted that schools going against the grain will be sued. Several counties meanwhile won injunctions against Abbott’s ban, but these remain temporary. A similar ruling was issued in Arkansas on Friday while a Florida county circuit judge is expected to hold a hearing on the issue tomorrow.

In addition to schools, challenges to the governor-issued bans on mask requirements also extend to government buildings and other government entities. But since children under the age of 12 cannot yet be vaccinated, questions around masks in schools are especially contentious and mask use for all K-12 students and teachers continues to be recommended by the CDC.

According to Pew Charitable Trust, ten states and the District of Colombia still mandate masks to be worn in schools. 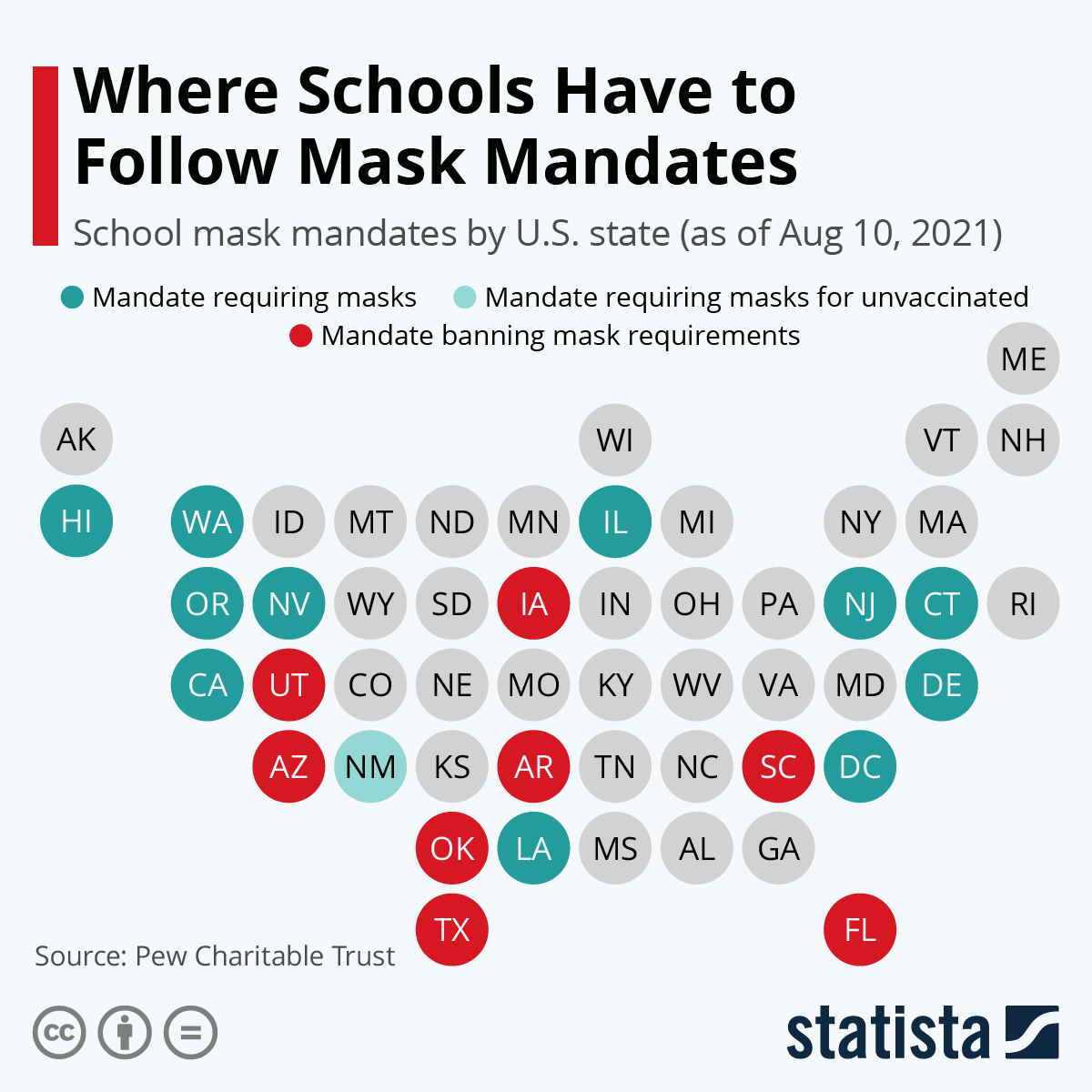 You will find more infographics at Statista

For most of these states, a general indoor mask mandate for the unvaccinated also remains in place. Only Hawaii, Louisiana, D.C. and most recently, Oregon, have continued or returned to mandating masks worn indoors by everyone.

In New Jersey and Delaware, mask mandates extend only to schools, while New York does it the other way round, asking unvaccinated people to wear masks indoors while leaving the decision about masks in schools up to the districts.