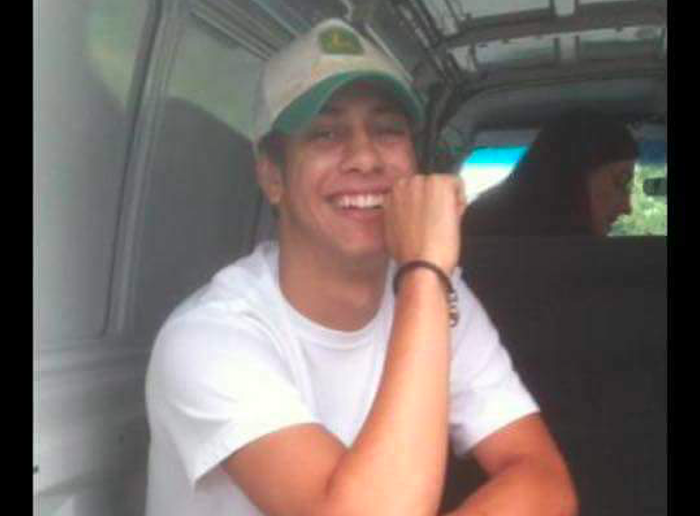 Portland City Council unanimously approved a $600,000 settlement agreement Wednesday to the family of Terrell Johnson, a 24-year-old man killed by a Portland police officer in 2017.

The agreement, the result of a 2019 lawsuit, absolves the city and the Portland Police Bureau (PPB) of any guilt for Johnson’s death.

Johnson died on May 10, 2017, after being chased on foot by former PPB officer Samson Ajir from the SE Flavel MAX platform. Ajir and other officers were drawn to the scene after hearing reports of Johnson acting “crazy” and threatening people with a knife. The first cop to arrive at the platform, a West Linn officer, spoke with Johnson, who he later described as “fidgety.” When asked, Johnson told the officer he had a knife in his pocket—but the West Linn officer didn’t ask to see it. The officer did, however, notify Ajir and other police who were en route to the scene that Johnson had a weapon.

When Johnson saw Ajir and another officer arrive at the platform, he bolted.

Ajir followed Johnson down the MAX tracks, later telling investigators that he intended to chase him until he was tired and gave up. Ajir was able to run past Johnson and circled around to face him, and Johnson stopped running. Ajir told investigators that, at this point, he thought Johnson was going to surrender. Instead, Johnson allegedly began “slashing” at the officer with a box cutter knife.

Ajir unholstered his gun and tried to back up, but allegedly tripped over a curb and fell, firing four bullets at Johnson in the process. In later interviews, Ajir said he believed Johnson was going to kill him and confirmed that all of the gunshots were intentional. Johnson was pronounced dead at the scene.

After his death, Johnson’s family said he had be struggling to find help to address his untreated mental health and addiction issues, and that he’d been turned away from several residential clinics due to lack of space.

Ajir was cleared of any criminal wrongdoing for the shooting, after a grand jury agreed he had fired out of self defense. In 2019, a report by the OIR group, an outside firm contracted to review fatal PPB shootings, fonds that Ajir’s decision to follow Johnson so closely on foot violates PPB’s own policies—and likely led to the chase’s fatal outcome. Yet Ajir faced no internal reprimand for this violation, and instead was promoted to sergeant months after the OIR report was made public. Ajir now works as a police officer in Boise, Idaho.

Johnson’s mother, Alicia Johnson, filed a federal lawsuit for the wrongful death of her son against the city in May 2019. The $600,000 settlement finalized by today’s council vote means the city won’t need to defend Ajir’s fatal actions in court.

Johnson’s aunt, Lorene Arias, testified before city commissioners voted on the settlement Wednesday. She described Johnson as someone “full of light and joy” whom her own children admired.

“It’s so hurtful that someone could look at him and recognize him as merely a threat… not see his pain and fear and the value of his life, but assume he’s a target to be neutralized,” Arias said.

Attorney Juan Chavez, who represented Johnson’s family in the lawsuit, explained that the circumstances surrounding Johnson’s death illustrate the city’s inability to meet the terms of another settlement agreement: The 2014 agreement between the US Department of Justice (DOJ) and the City of Portland reached after the DOJ found PPB to have a “pattern and practice” of using deadly force against people who appear to be having mental health crises. The city is still in the process of meeting the terms of that settlement agreement.

“Terrell Johnson would still be alive today if Portland cared as much for its citizens with mental health issues as it does for the feelings of the people it pays to patrol its streets,” said Chavez before council Wednesday. “We need to realize that the conditions that lead to Terrell’s death haven’t changed. This will happen again—this has happened again.”

Since Johnson’s death PPC officers have killed at least six people who were in a clear mental health crises at the time they encountered police.

All city commissioners expressed their sympathy to Johnson’s family and showed interest in improving the local mental health care system.

“I am so, so sorry that we, as a city, were not able to meet [Johnson’s] needs leading up to his last moments,” said City Commissioner Carmen Rubio. “We owe it to him to create that system of care that he needed.”

Mayor Ted Wheeler said it was an area where commissioners have “significant agreement.”

“If we keep relying on police officers to be the final safety net, then these kinds of outcomes will continue to happen,” Wheeler said.

Wheeler acknowledged that Portland Street Response, a pilot program that sends trained mental health workers and paramedics to calls relating to mental health crises, can help address this issue, as could a fully realized behavioral health emergency center where officers could drop off people in crisis. While the city and Multnomah County attempted to fill this need in 2017 with the Unity Center for Behavioral Health, the facility has been overwhelmed by need, forcing them to regularly turn away patients, and placing them under investigation for allegations of abuse and neglect by staff and clientle.

Johnson’s’ family reminded commissioners that the responsibility in this case also falls on law enforcement.

Jeremiah Johnson, Johnson’s uncle, said he was frustrated to learn that Ajir was never held accountable for violating PPB policy by chasing his nephew. Jeremiah said that he had attended Portland’s racial justice protests in 2020 with his daughters, where they chanted Johnson’s name in the streets.

“My kids and my whole family, we’re all impacted by this,” he said. “I want to see change because I don’t want other people to lose family members because people using deadly force aren’t following protocol and when they [use deadly force] they aren’t held accountable. Terrell was a gift. And he’ll always be a gift.”