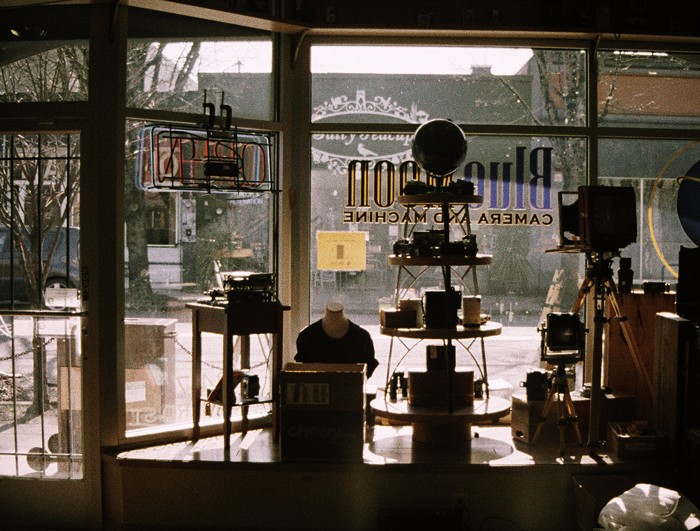 Since 2001, Blue Moon Camera & Machine has operated out of a quaint storefront on North Lombard Street in St. John’s. Gilded lettering accents the windows of the sky-colored building, where old cameras from decades past stand atop tripods, a functional museum. I recently had the chance to learn more about Blue Moon and speak with a few of its staff members, all of whom are photographers with their own style and focus.

Blue Moon opened 20 years ago, when the current proprietor, Jake Shivery, moved into St. Johns and crossed paths with an abandoned camera shop. Shivery had managed a camera and film store back in his old home of Denver, Colorado, and knew that this was his calling right here in St. Johns. He repurposed the analog-only space during the staggering rise of digital photography.

As Zeb Andrews, the second most tenured staff member (after Shivery himself), explains, “people were dumping film photography by the wayside. And when Blue Moon came, we had the philosophy that there’s a century of film cameras and technology going on; digital photography is great but we really want to preserve this element of history.”

Photography on permanent prints first emerged in mid-1800s France. New technology including daguerreotypes, wet plates, and emulsion plates followed in the next few decades. At the tail end of the century, a man called George Eastman created the Kodak camera, featuring flexible rolls of film strip widely used today. Now, when a modern camera shutter clicks, light emits onto a piece of film, which is layered with silver halide crystals under a gelatin emulsion. The sudden “exposure” of photons energizes the silver halide. Positive charges abduct negative halide ions out of the crystals and into the emulsion.

The leftover ions, seeking balance, gravitate towards “sensitivity specks” in the film. As enough ions aggregate and transform into metallic silver, “latent images” are formed. These can be intensified and then “fixed” onto the film by a series of chemical baths. The resulting photo develops from these concatenating reactions. While digital photography captures the precision of the naked eye, analog photography captures more of a feeling, a fingerprint in time.

Andrews also shares with me his personal interest in pinhole photography. Poke a needle-sized aperture in any soda can, matchbox, or three-dimensional vessel with film paper, find the right angle and time of exposure, and voilà, you’ve got a primitive photograph. Twice, Andrews made pinhole cameras out of pumpkins. “It didn’t work well,” he admitted, “but I did it mostly to see if it would work at all.” 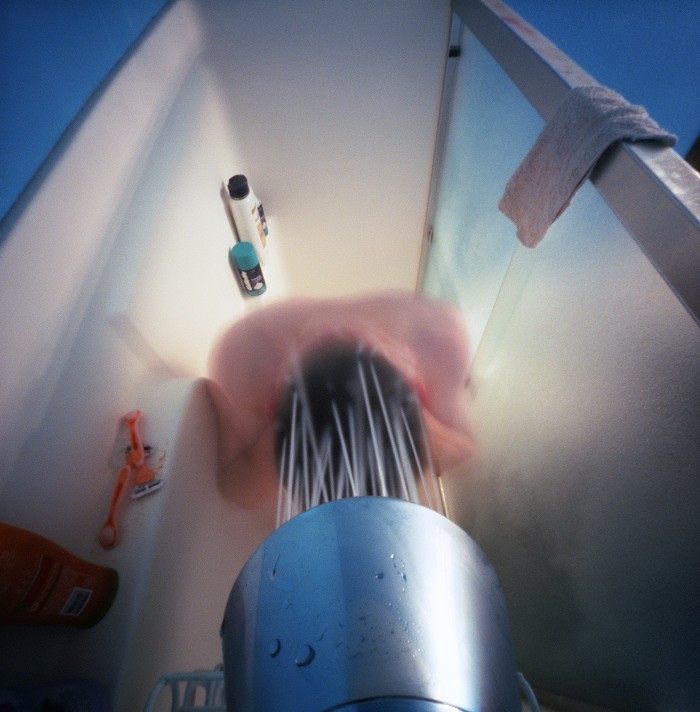 Renee Heister is a lab manager at Blue Moon. People from all across Portland (and even from around the United States) will visit Blue Moon for its obscure camera artifacts. Many also come to get their negatives developed, printed, and scanned. Heister oversees the daily processing of these orders, reviewing them for quality control and timeliness. Her favorite part of this work is seeing older negatives come through the pipeline.

“It’s fun to see how you can restore prints or achieve images from a 40 year old roll of film,” she says. “The customers, they gasp with excitement to see these old photos, and their grandmothers, and they remember what the event was. It’s really special.”

On her own time, Heister says she enjoys shooting any sort of “abandoned buildings, decrepit cars, and forgotten structures. Anything old and dilapidated. Places that used to have a really awesome story, but are now falling apart… those are interesting to me.”

Ashley Jennings is one of Blue Moon’s newest hires, although her career in photography has spanned more than a decade. “Ten years ago, when I moved to Portland,” Jennings says, “Blue Moon was the first camera store I walked into.”

She brings her expertise in wet plate collodion, or “tintype,” photography to the team. Invented in the 1850s, tintype describes the process of coating a metal plate with a wet plate emulsion. A slightly (but only slightly) safer version of its vintage cousin, the daguerreotype, which uses mercury vapor, tintype is no less involved, requiring a series of immediate chemical washes to “fix” the image onto the exposed plate. Ashley loves “when something happens on the emulsion on the plate that creates a fogging, streaking, a fingerprint, or a streak—these are technically imperfections, but we call them artifacts.” 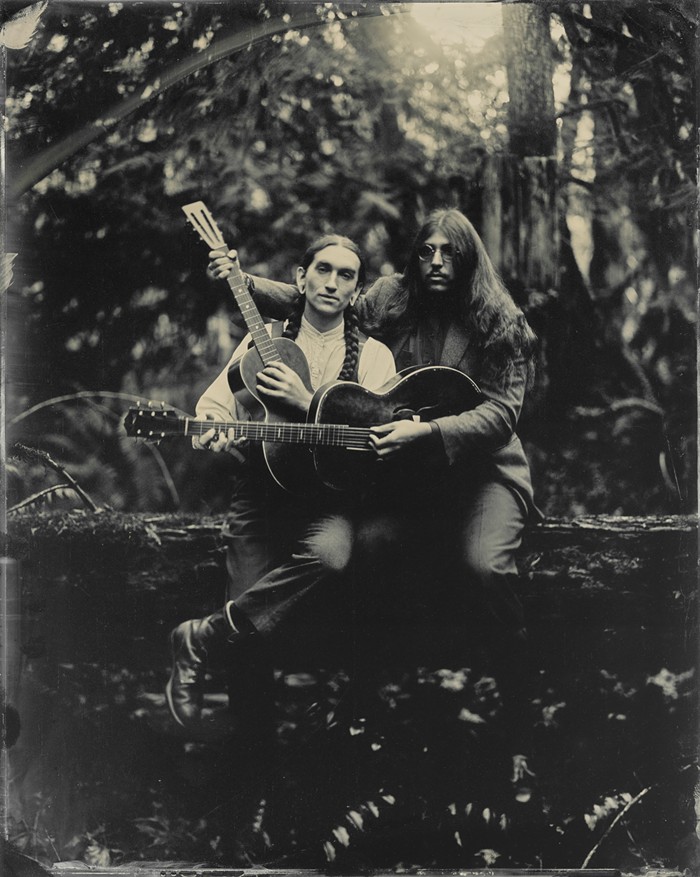 I speak with David Paulin last, another lab manager who is the primary mechanic for Blue Moon’s two optical printing machines from the 80s and 90s. “Optical printing,” Paulin tells me, “is when you shine light through your negative, and through a lens, onto light-sensitive paper. You then fix it onto the paper, and that was the traditional way film was printed, up until the late 1990s.”

Optical printing, like vinyl records with music, gives a quality of image that is truest to its original form. Since Blue Moon’s two optical printers, “Ray” and “Nora,” are antique and essentially irreplaceable, Paulin’s engineering skills are crucial for their care.

“When I first started,” he jokes, “I was very anxious about it all the time. Since then, the stress levels have certainly gone down, but it can still be a little stressful when they go down. It’s always like, ‘Oh no, is this it?’”

Paulin’s favorite type of photography is 3D photography, where the film creates a series of images which, when strung together, gives the viewer a slight dimensional perspective shift.

As a whole, the team at Blue Moon aim to make analog photography accessible and fun to all.

“Pretension can be prevalent in any sort of niche craft or art,” Jennings says. “So it’s really important to us to make sure Blue Moon is a really welcoming place, where people feel comfortable. Because that’s how you get people to participate. You don’t want them to feel alienated.”

Andrews agrees. “A big part of Blue Moon is our community. It’s just about being genuine, passionate, and enthusiastic about film, and giving people a space to go to resonate with that,” he says. “People treat this place as a destination to go see all these cameras that their parents owned, or to access services related to film photography. So it’s not just a business, because we treat it like a community.”