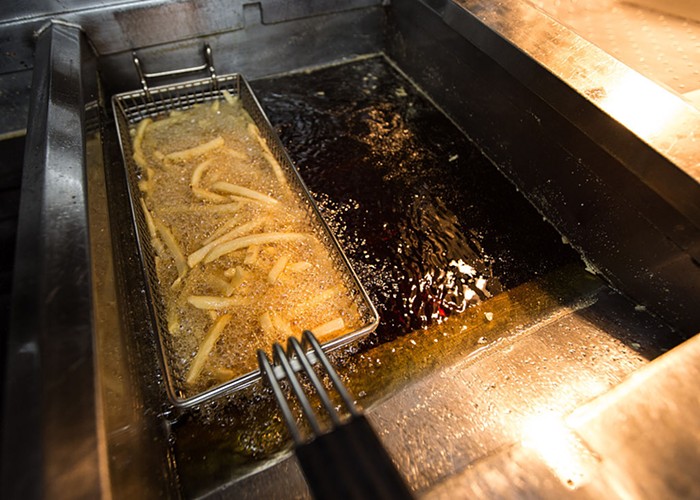 • Local and state officials are still updating the number of heatwave-related deaths this week. As of July 6, the state medical examiner suspects 107 people died statewide due to overheating. At least 64 of those deaths occurred in Multnomah County. According to the Willamette Week, most of the deaths in Portland happened on the eastern edge of city where there is minimal tree coverage and an abundance of “heat islands”—patches of concrete that absorb and retain heat.

• The number of fires caused by fireworks were 80 percent lower this year than last year’s fireworks season, which runs from June 23 to July 6. Portland Fire & Rescue attributes the decrease to the multiple firework bans.

• Are you roast duck curious? Or, maybe, you’re well-versed in Cantonese barbecue and looking for a new go-to eatery? Either way, YāYā PDX is your spot! In our new Takeout Club, Suzette Smith details the restaurant’s “loving homage” to Manhattan’s Chinatown—and the magic of three-day roasts.

• In case you missed it last week: Portland’s restaurant scene had a racial justice and equity-based reckoning last year after a surge of anonymous restaurant workers called out working conditions and toxic behavior via Portland’s 86’d List Instagram account. Some owners bowed out from the scene following the callouts, while others sought to improve their workplace environment. Check out Alice Wolfe’s dive into how the city’s food scene is faring a year later:

“Ultimately it comes down to the people in power becoming aware of how their power influences their workers.” Read more about a tumultuous year for the Portland food scene:https://t.co/ET72gjxv7C
— Portland Mercury 🗞 (@portlandmercury) June 30, 2021

• The impacts of the heatwave are still rolling in. The latest? Weirdly shaped potatoes and a boon of ripe blueberries. Check out OPB’s look at how the temperature spike may impact what’s on your plate this summer.

• The US military is facing criticism (shocking, I know) from Afghan military officials who say US troops secretly left the Bagram Airfield in Afghanistan in the middle of the night, causing a security lapse that allowed looters into the empty facility. The US argues that “high-level Afghan officials” knew of the US’s departure—which is part of the US military’s withdrawal from the county after 20 years of military presence— 48 hours before the troops left.

After facing backlash, the International Swimming Federation says it will reconsider its decision to ban a swimming cap designed specifically for natural Black hair from being used in competition.https://t.co/tUnfzxmfGx
— NPR (@NPR) July 6, 2021

• The Pentagon canceled its $10 billion cloud-computing contract with Microsoft Tuesday morning. This decision comes after the Defense Department also rejected Amazon’s cloud-computing product in 2019. I could tell you more, but then I’d have to kill you… (Here’s the developing story).

• Tropical Storm Elsa could become a hurricane by the time it reaches Florida’s coast on Wednesday. As of this afternoon, the storm had sustained winds of 70 mph hour.

• Too hot for ya? Get ready for a cool July when the Mercury’s SUMMER OF SLUSHIES kicks off on July 1! $5 delicious, boozy frozen concoctions from your fave bars all damn month long!

• And finally, I beleaf in your ability to tackle any challenges you face this week!