The author believes success is to keep fighting, no matter what. 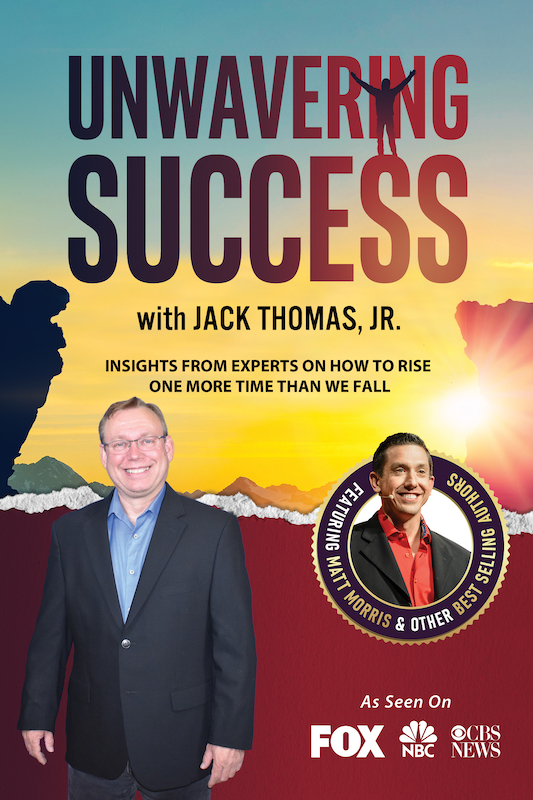 Respect, integrity, and determination is what Unwavering Success with Jack Thomas, Jr. is all about, now for sale on Amazon. Jack Thomas, Jr. believes we must keep fighting between failures and setbacks no matter the circumstances we’re in.

Soon after receiving his GED, Jack Thomas, Jr. enlisted in the military as an aircraft power plant repairer, crossed trained to be an F-16 Crew Chief, and retired as a Flight Chief in the Air Force Reserves. He is an FAA Certificated Airframe and power plant mechanic and a member of American Society for Quality and USCCA. During his twenty-seven-year career, he has inspired, mentored, and coached many airmen to reach their highest potential.

Today, he continues to follow his dream by working on civil projects, including space programs, giving him an active role in history in the making. Sharing what life means for him, he says: “Life has its many twists and turns: some good and some not so good. Our life is what we make of it.”

Despite his stellar military career, Jack Thomas, Jr. shares the trials of his life, especially the injustices he suffered at the hands of people in charge. He believes, however, that with integrity and determination, we can fight our battles and come out better and stronger.

“Always get up, brush yourself off, and press on no matter the circumstances,” says Jack Thomas, Jr.

When we put our sweat, blood, and tears into a project, Jack Thomas, Jr. concedes that it’s nice to receive some official recognition for our hard work. But more important than a piece of paper are the memories, pride, and dignity we carry with us.

With candid simplicity, Unwavering Success will encourage readers not to give up on their dreams.

“Jack and I worked on a couple of rather large and challenging projects in South Carolina, Oklahoma, Georgia, and later in Missouri. During the time I worked with him, I found him professional and personable. He has an excellent grasp of his discipline and a sound understanding of how changes impact the other project disciplines. I will always be pleased to see his name on any project I am involved with.” — Testimonial by Eric Schaller, Manufacturing Engineer, Bell Helicopter.

“I’ve known Jack as a personal mentor and a consummate professional. He is as hard-charging and committed as they come. I’ve witnessed, in inspired awe, his approach to facing challenges with passion and drive. He fully invests his time and energy towards all his endeavors and has consistently produced superior results. I look up to Jack as a leader as well as a peer while his shared experiences and wisdom have guided me true down the narrowest of paths.” — Testimonial by Mario Ware, Manufacturing Supervisor, Virgin Galactic.

Unwavering Success with Jack Thomas, Jr. is now for sale on Amazon.

Since 2013, Success Publishing transforms new authors into expert authorities in 60 days, severely reducing the time, effort, and expense of traditional publishing. There simply is no other tool that expresses your message better than your own book.

The post Retired Airman Jack Thomas, Jr. Shows How To Win Our Personal Battles With Pride and Integrity first appeared on PRUnderground.