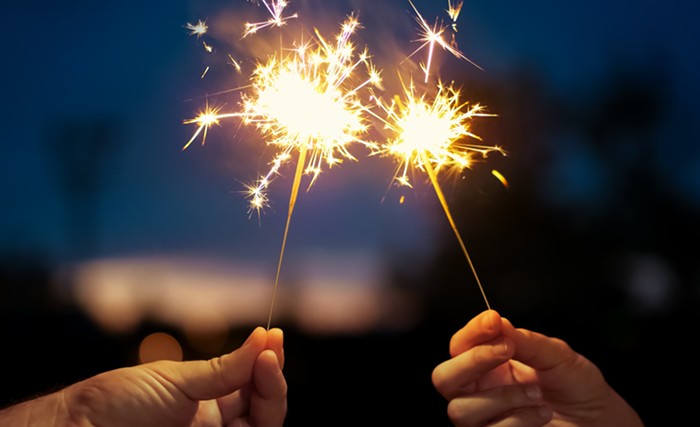 Multnomah County bans the sale and use of fireworks in unincorporated parts of the county. Antonio Gravante / EyeEm

Multnomah County banned the sale and use of all fireworks within unincorporated areas of the county Thursday evening. The ban takes effect immediately and will last for 30 days.

“We recognize that this ban may be disruptive to businesses and non-profit organizations that have been selling, or plan to sell, fireworks, as well as Fourth of July plans,” Multnomah County Chair Deborah Kafoury said in a press release Thursday. “The declaration is in place to protect the safety of Multnomah County residents and reduce the chances of devastating fires. We encourage residents to find alternative ways to celebrate.”

The county cited the unusually dry conditions and high risk of fire danger as reason for the ban. Governor Kate Brown placed Oregon under a state of emergency Wednesday due to the threat of wildfires.

Anyone who violates the ban will be fined up to $500. The Multnomah County Sheriff’s department will increase patrols to enforce the ban.

The county ban comes a day after Mayor Ted Wheeler banned the sale and use of fireworks in Portland. The county ban means that Portland-area residents won’t be able to skirt the mayor’s ban by leaving city-limits and setting off fireworks in unincorporated areas of the county.

Portland Fire & Rescue also placed a ban on fireworks earlier this week and will be investigating all fires with a possible connection to fireworks.