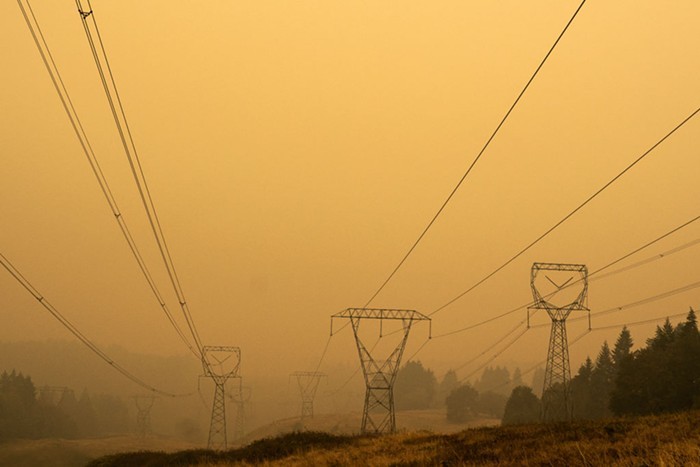 • We start with some truly sobering news: County officials have identified 45 deaths in Multnomah County related to excessive heat since Friday, June 25. According to the Multnomah County Medical Examiner Program, the people ranged in age from 44 to 97, and many were found alone without air conditioning or a fan. The preliminary cause of death for all 45 people is hyperthermia, or an abnormally high body temperature.

• And though the heatwave has cooled down a bit, the persistent hot and dry conditions have prompted Gov. Kate Brown to declare a state of emergency due to the threat of wildfires throughout Oregon. The order allows the Oregon Department of Forestry, state fire marshal, and the Oregon Office of Emergency Management to utilize equipment and personnel from other state agencies in order to respond to wildfire threats.

• Meanwhile, we can’t even get a firework sales ban here in Portland:

Portland’s top fire officials all support a ban on the sale of fireworks to mitigate wildfire risk.

Portland’s fire chief, community safety director, and Comm. Hardesty all say they see the need.
But there appears to be one major holdout: the mayor. https://t.co/e8XHTCOjTj

• In a true rollercoaster of events, today also happens to be the day Oregon officially “reopens” after the COVID-19 pandemic, whatever the hell that means. It’s been 489 days the first case of the coronavirus was reported in Portland.

• It’s been an especially tumultuous year for Portland’s food scene, thanks to both the pandemic and a social justice reckoning—here’s an interesting look at how the industry is approaching a comeback, perhaps wiser than before.

• Donald Rumsfeld, one of the arrogant George W. Bush cronies who orchestrated the Iraq War, is dead at 88 years old.

• Bill Cosby’s sexual assault conviction was overturned by the Pennsylvania Supreme Court today, and the disgraced comedian was released from prison. The Court found that because a District Attorney had previously assured Cosby he wouldn’t face criminal charges, he wasn’t given fair due process in the case.

• Our broken political system continues to hobble along:

NEW: A House select committee will officially investigate the January 6 insurrection after a mostly party line vote, with only two Republicans voting for it https://t.co/pO6X7J8mfd

• Get ready for a cool July when the Mercury’s SUMMER OF SLUSHIES kicks off on July 1! $5 delicious, boozy frozen concoctions from your fave bars all damn month long!

• I’ll be honest: On news days like this, it’s hard for me to end these posts on a happy note. When that happens, the Twitter account Bodega Cats is always there for me. I hope you have nice, silly little things like that—real or online spaces you can turn to when the world is too much. Feel free to send them my way: blair@portlandmercury.com.