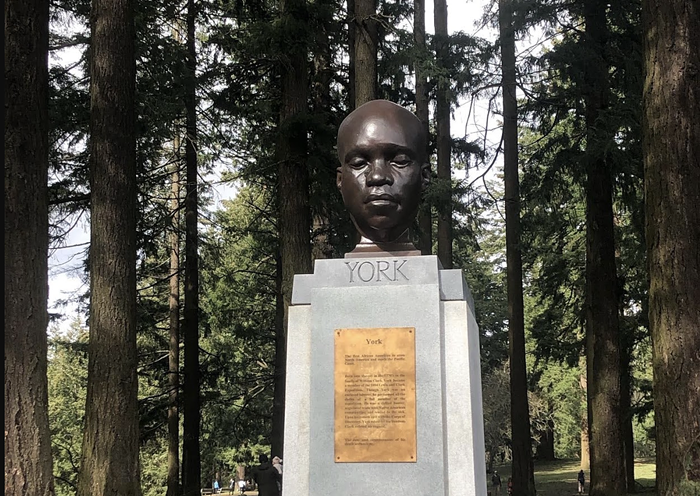 • Breaking records for the third day in a row, temps hit a staggering 115 here in Portland today (and 117 in Salem!), but according to local meteorologists, a bit of relief is on the way with cooling winds coming in off the coast tonight around 9 pm, which will drop the temperature to the mid-90s tomorrow and 80s later in the week. PHEW! Let’s not do that again! Though I’m sure we will. 🙁

325 PM | A spotter west of Salem reports the temperature has dropped from 113°F to 102°F in the last hour as the marine air keeping temperatures down around Eugene and Corvallis spreads northeastward into the central Willamette Valley. #pdxtst #orwx

• Folks, this heat is NO JOKE, and it’s imperative that we look out for our neighbors (houseless and housed) who may continue to be in danger. Our Isabella Garcia has gathered a great (and UPDATED!) list of cooling sites across the county, so check it out here.

• Two houseless men were found dead at a Bend homeless camp, and service providers fear their deaths may have been heat related.

So much craziness going on with people trying to survive this heat:

• After almost 24 hours without a peep, Portland Police finally revealed the name of the cop who shot and killed a man in apparent mental crisis on June 24 in the Lloyd neighborhood. 40-year-old Michael Ray Townsend was shot by Officer Curtis Brown after Townsend approached the officer with a screwdriver-like object, according to video released by the police. This is the second police shooting of a person in mental crisis this year. Read more from our Alex Zielinski.

• The statue of York—the only Black man on the Lewis & Clark expedition—on Mount Tabor has been defaced again by racists, this time with the symbol of the Patriot Front, a white nationalist hate group populated by extremely shitty people.

• In the latest edition of Suzette Smith’s Takeout Club, she finds some divine Southern cooking (and potentially the best tater tots in town) at Erica’s Soul Food. (PSST. Just get there before the motorcycle gang arrives! Read it… you’ll see what I mean.)

• A federal judge has said “no dice” to a federal anti-trust lawsuit against Facebook, saying the Federal Trade Commission did not provide enough evidence that the overreaching, monopolistic social media platform was an overreaching “monopoly.”

House Speaker Nancy Pelosi has introduced a resolution that will form a select committee to investigate the January 6 insurrection, a resolution which is expected to get a vote in the chamber later this week https://t.co/0QQnOthIpC

• Here’s some promising COVID news, even as the Delta variant zeroes in on communities with low vaccination rates: A new study indicates that the Pfizer and Moderna vaccines boost the immune system to the point where they could protect recipients from the coronavirus for years.

• The collapsed Florida condo which has claimed the lives of at least 11 so far, was once deemed to have major structural problems by an engineer—but residents were told by a town official that the building was “very safe.”

Another body has been recovered from the site of the collapsed condominium in Surfside, Florida, bringing the death toll to 11, the mayor of Miami-Dade says. More than 150 people remain unaccounted for. https://t.co/O1WckAfphV

• A good ruling from our sketchy Supreme Court: The justices voted to reject a Virginia school’s plea to reinstate their transgender bathroom ban, leaving the lower court’s ruling in place that such bans are (NO SHIT!) unconstitutional.

• And now… THE WEATHER REPORT: Thanks to cool winds coming off the coast temps are expected to drop down to a frosty 95 tomorrow. GET OUT YOUR PARKAS.

• And finally, “Bless me father, for I have sinned. I allowed a criminal to escape and it turned out he had killed my Uncle Ben… I MEAN… somebody’s Uncle Ben.” (I apologize, this is the geekiest thing I’ve ever written. I BLAME THE HEAT!!)