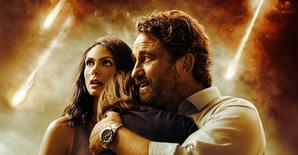 More Greenland: Gerard Butler and Morena Baccarin will return for a follow-up to last year’s hit disaster movie Greenland. Variety reports that the sequel, titled Greenland: Migration, will reunite the two leads with filmmaker Ric Roman Waugh. He will again be directing from an original screenplay by Chris Sparling. This time, the reconnected main characters and their son need to travel from…