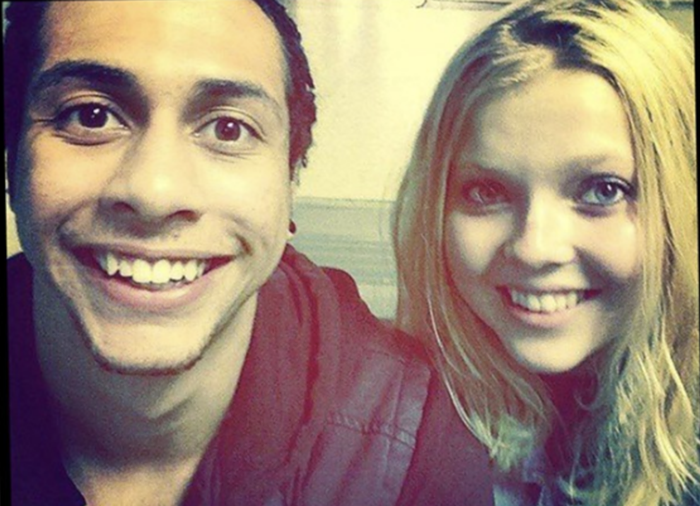 City attorneys have agreed to give $600,000 to the family of Terrell Johnson, the 24-year-old man killed by a Portland cop in 2017, to settle a wrongful death lawsuit brought against the city in 2019 for Johnson’s death.

The settlement, which was agreed upon in court in late May, keeps the city from having to defend the actions of former Portland Police Bureau (PPB) officer Samson Ajir, who fatally shot Johnson, in a federal trial. The agreement, which still requires Portland City Council’s sign-off, will absolve the city and PPB of any guilt for Johnson’s death.

Johnson was killed by Ajir the evening of May 10, 2017, after police were alerted to a man who was acting “crazy” and threatening people with a knife on the SE Flavel MAX platform. West Linn officer Jacob Howell, who was assigned to TriMet’s multi-jurisdictional Transit Division police team at the time, was the first to arrive on the scene, where he spoke to Johnson. When asked, Johnson told the officer he had a knife in his pocket—but Howell didn’t ask to see it. Howell did, however, notify police who were en route to the scene that Johnson had a weapon.

Ajir, who was also assigned to the Transit Division, was one of those officers. When Johnson saw Ajir and another officer arrive at the MAX station, he started running. Ajir chased Johnson down the MAX tracks until they both wound up on a nearby train bridge. Ajir ran past Johnson and circled around to face him, stopping about seven feet away from him. According to Ajir, that’s when Johnson pulled a “utility knife” out of his pocket and began waving it as he walked toward Johnson.

Ajir unholstered his gun while backing up, tripping over a curb in the process. As Ajir fell to the ground, he fired four bullets at Johnson, hitting Johnson’s chest and back. Ajir told investigators afterwards that he believed Johnson was going to kill him, and confirmed that his gunshots were intentional.

Johnson was pronounced dead at the scene.

Ajir was cleared of any criminal charges by a Multnomah County grand jury, on the basis of self defense. He never faced internal discipline for his actions, and was promoted to a PPB sergeant position in 2019. Ajir now works as a police officer in Boise.

Johnson’s mother Alicia Johnson filed a wrongful death lawsuit against the city in May 2019, two years after her son’s death.

The lawsuit accuses Ajir of failing to follow PPB policy directives, which prohibit officers from chasing someone on foot if they know that person is armed, and blames Ajir’s superiors at PPB for ignoring these violations in their internal review of the incident. The lawsuit’s allegations echo those made prior by the OIR Group, a team of outside investigators who review PPB use-of-force incidents for the city on a yearly basis. The OIR Group’s report on Ajir’s shooting, published in January 2019, concluded that Ajir’s decision to follow Johnson so closely on foot led to Johnson’s death. The findings of this report inspired Alicia to sue the city over her son’s death.

“I used to trust the police,” Alicia told the Mercury, shortly after filing the lawsuit. “I really thought they were there to help. I didn’t realize that cops could shoot people and the system would back them up…. I didn’t know it could go through so many hands and still end up this way.”

Her lawsuit also tied Johnson’s death to PPB’s record of disproportionately using force against people who are perceived to be mentally ill, a determination made by the US Department of Justice in 2012. Alicia said her son had been struggling to find treatment for a mental illness and substance abuse disorder in the months leading up to his killing. She said Johnson’s actions on May 10, 2017 were a reflection of his untreated mental illness.

“It might be easy to think now that, because you settled this case, you can move on. But these are problems that are endemic to this police department.”

The lawsuit accuses Ajir of “failing to deescalate a circumstance where Mr. Johnson was clearly demonstrating signs of mental illness and distress.”

In response to the litigation, attorneys representing the city argued that Johnson’s death “was the sole and exclusive fault” of Johnson, because of his own actions.

“A reasonable person would have known that the criminal, reckless and negligent conduct [Johnson engaged in] would increase the risk of harm to himself,” reads the city’s response.

Alicia’s attorney, Juan Chavez of the Oregon Justice Resource Center (OJRC), said that this argument has added to the emotional trauma Johnsons’ family has had to endure during the duration of the case. “The police treated Terrell like a criminal from the very beginning,” said Chavez, noting that Alicia first heard of her son’s death when police arrived at her door to initiate a criminal investigation into Johnson.

After years of back-and-forth, the city finally reached a settlement with Alicia on May 20. According to Wheeler’s office, Portland City Council is expected to vote to approve the $600,000 settlement in July. Wheeler, who serves as the city’s police commissioner, declined comment on the pending decision.

It will be the second settlement resulting from a wrongful death case involving a PPB cop to reach City Council in 2021. In February, commissioners approved a $2.1 million settlement agreement with the family of Quanice Hayes, a 17-year-old boy who was killed by a Portland officer in February 2107, three months before Johnson’s death. Before commissioners voted to approve the settlement, Hayes’ family was given time to testify about the case before City Council. The family’s lawyer was also able to comment on the decision.

Chavez said he plans on addressing City Council before the vote, but isn’t sure if Alicia or others in Johnson’s families will want to speak. “They’re exhausted,” he said.

Chavez wants commissioners to understand the impact that this death and subsequent investigation had on Alicia’s life, and to consider creating a new policy around alerting people that their family member has been killed by a cop. Chavez also wants to confront commissioners with the systemic policing problems this case underscores.

“What we have here is an officer who broke a bunch of rules, misrepresented facts in court, had other officers cover for his violations of policy…then got promoted,” said Chavez. “It might be easy to think now that, because you settled this case, because this officer has left, you can move on. But these are problems that are endemic to this police department.”

Chavez said that there’s only one clear change that’s been made in local policing since Johnson’s death that could improve the outcome of cases similar to his in the future: The end of PPB’s involvement with TriMet’s Transit Division. In June 2020, Mayor Ted Wheeler announced he’d be pulling all 32 PPB officers from the Transit Division team in response to public calls for police reform.

“I would have to hope that the experience of the Johnson family weighed on [City Council] when they did that,” said Chavez.

According to records kept by police watchdog group Portland Copwatch, Johnson’s agreement will be the eighth costliest settlement the city’s made regarding police misconduct in Portland history. It’s a number Chavez said the city shouldn’t shrug off.

“I think that the city is going to have to think long and hard before it throws any more money behind this police department, because it’s clear they’re out for their own,” he said. “It’s hard to believe the police has the public’s interest in mind. What they had was [Officer] Ajir’s interest in mind, and that’s not the same.”