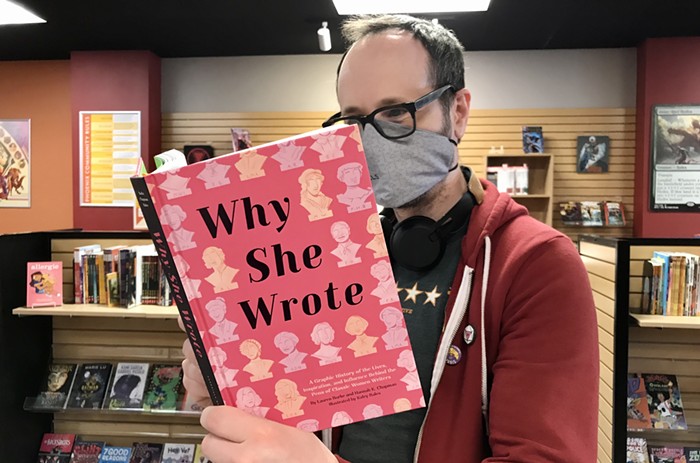 I have decided to support the underdog.

Right outside my apartment building, there’s a dirty patch in the sidewalk with a lone bedraggled tree in the middle, and nothing has ever grown there until a few weeks ago when I noticed a few optimistic tiny leaves poking through for the first time.

I love an underdog, and especially life finding a way after the muchness of the last year, so I figured I’d lend some support. For the last few dry days, I’ve been bringing out a cup of water to drench the soil, and yesterday I shook some plant-nutrient pellets into the soil. There was a large piece of broken concrete tossed to the side of the curb, and I moved that to shelter the new growth from anyone who might carelessly tread. So far, it’s been about a week, and this renegade plant seems to have established itself well enough that it can be considered a permanent resident.

This accidental new neighbor would surely be a delight to the authors of Guerilla Green, a new comic book/urban planting guide out this week that offers advice to anyone seeking to transform unused city soil into habitat. 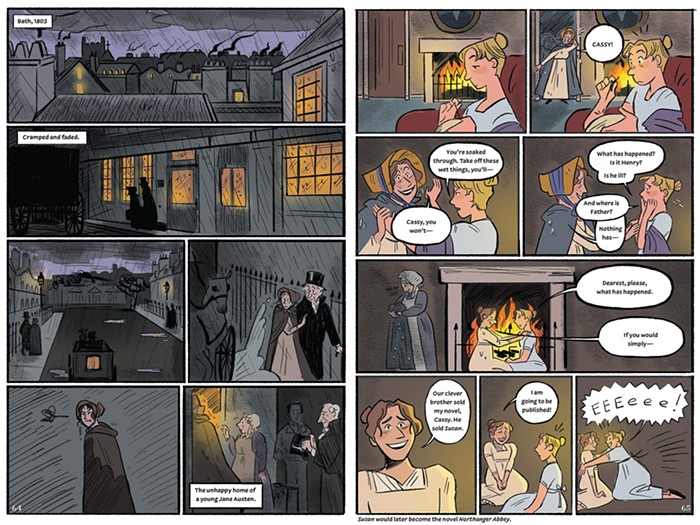 I feel like I just went through a breakup. Every night for the last few months, I’ve read a chapter or two of the Memory, Sorrow, and Thorn trilogy before bed. And now that I’ve finally reached the end, my bedtime ritual of spending time in a fantasy land has turned into a lonely wandering through books that just aren’t the same. I’m looking for someone new to escape with, so imagine my relief to find Why She Wrote, a book-about-books that comes out this week, full of mini-biographies of great women writers and bite-sized descriptions of their most prominent works. Oh, this is perfect! Not only will you learn about literature and feel terribly well-educated, but you’ll also pick up an appreciation for the writers behind the books, and you’ll be guided to the next great novel you should pick up. Jane Austen, Louisa May Alcott, Alice Dunbar Nelson, Anne Lister, Beatrix Potter — I’m not sure which author I’ll turn to next, but it’ll be years before I run out of options. 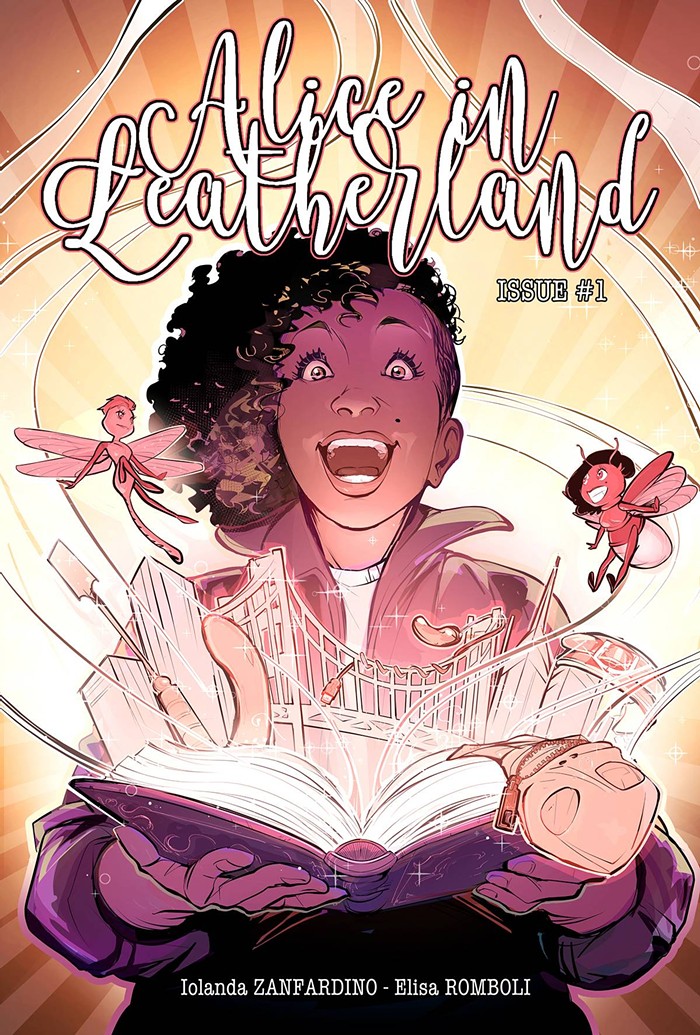 Before Facebook purchased San Francisco, the city was known as “Baghdad by the Bay” and “The Barbary Coast” and it was a town with a personality. The first dot-com bubble suffocated some of that culture, and the second current bubble scattered what remained; but back when people could afford to live in SF, it was a sort of crossroads for those who’d failed to fit in elsewhere and kept moving west until they ran out of land. That’s the San Francisco captured in Alice in Leatherland, a story grounded in reality inasmuch as the magic to be found is either imaginary or deeply horny. Issue #1 begins with Alice, a wide-eyed fantasy writer, ending an unhappy relationship and fleeing to The City That Knows How, only to discover just how unwelcome SF has become for all but the rich. But then she finds herself descending a rabbit hole — metaphorically, I mean, at least so far — when she finds affordable housing in the company of gleefully debauched perverts. Sheltered and shy, she sets off on a journey through an unexpected sort of fantasy land, one where the seamy underbelly of SF has somehow managed to survive the last decade.

THE OLD GUARD: TALES THROUGH TIME #1 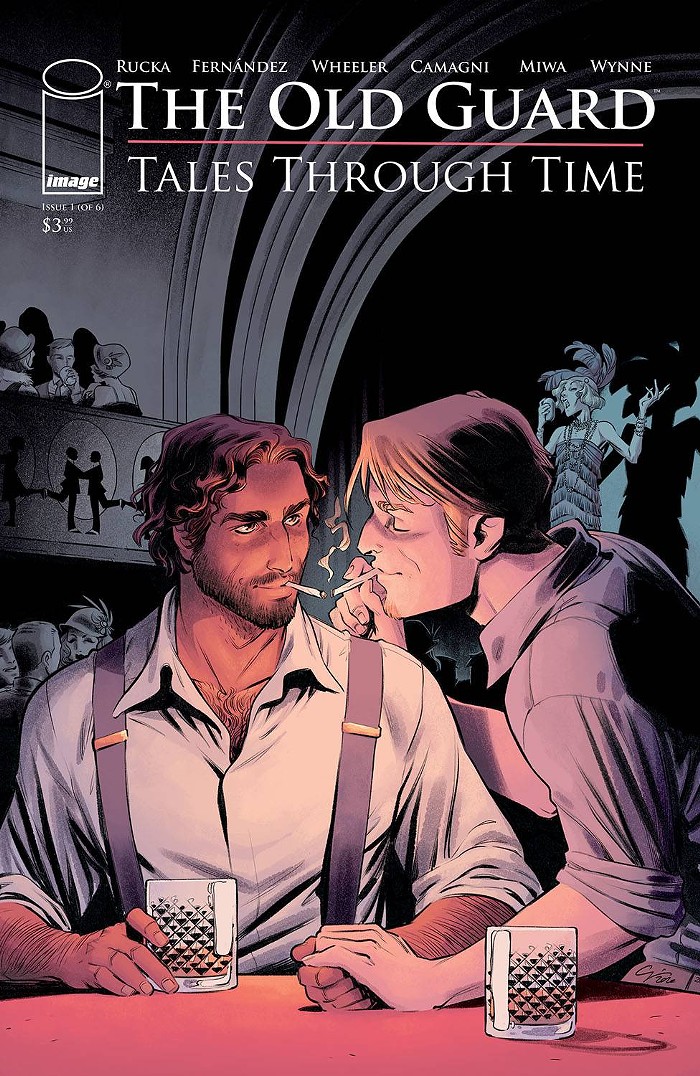 Alas, I didn’t feel tempted by the last run of Old Guard comics, or the Netflix series that came out last year, but I’m going to have to give them another look after enjoying this new anthology. The series will unspool side stories connected to the main characters and continuity, and while they’re probably more meaningful for those who’ve been reading since Old Guard began in 2017, it’s still easy enough to follow along. Story one is a fine pondering of the Ship of Theseus conundrum, coincidentally raised in the final episode of WandaVision; and story two is a sweet gay romance/beat-em-up with Nazis. Cool, yes, good, I like it; but this is clearly meant for fans of the main works. I don’t object to a branching side story, but so far the series doesn’t quite seem to stand on its own as strongly as, say, The Mandalorian or the ancillary Mouse Guard books. I liked these stories enough to wish that I could have loved these stories. 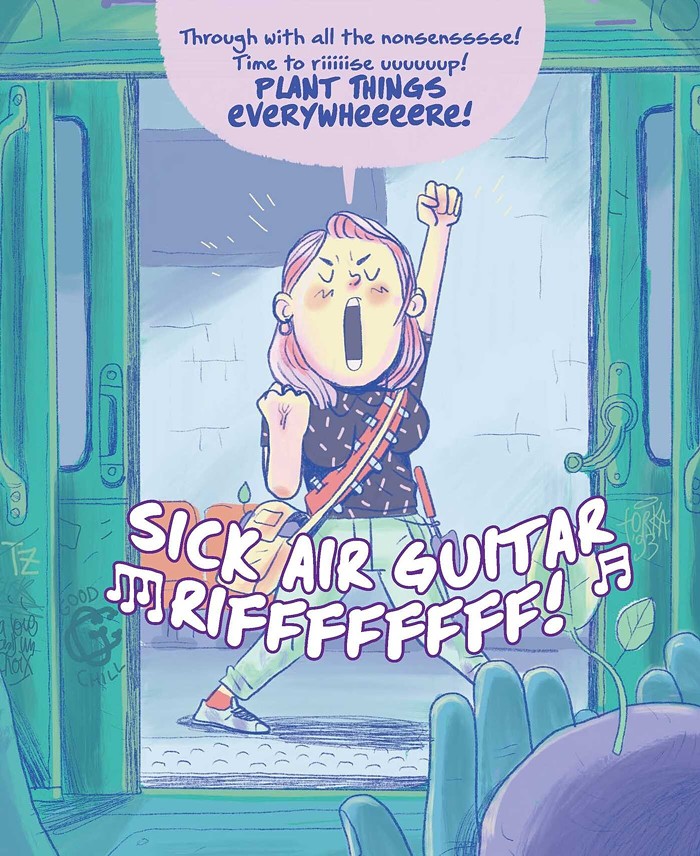 I’m absolutely enchanted by the rule-breaking green-thumby guidance of Guerilla Green, which instructs readers on creating happy habitats for urban plants when permission is difficult to obtain. The artwork is absolutely beautiful in The Many Deaths of Laila Starr, a Mumbai-based story about a young woman who is also the embodiment of Death — and she is, in an impressive feat of writing, entirely sympathetic. The Mighty Valkyries #1 places two powerful women side-by-side, but is disappointingly short on romance; and a new Way of X series kicks off with some interesting ideas about the religious worship of mutants. And it’s not a comic, but there’s a new RPG out this week called Thirsty Sword Lesbians that looks like a real hoot.

There is also, because we live in strange modern times, a new Batman/Fortnite crossover book, very much sought-after by fans of the latter. Arcane Comics is rumored to have snagged a few copies, if your 12-year-old won’t stop bugging you to find one.