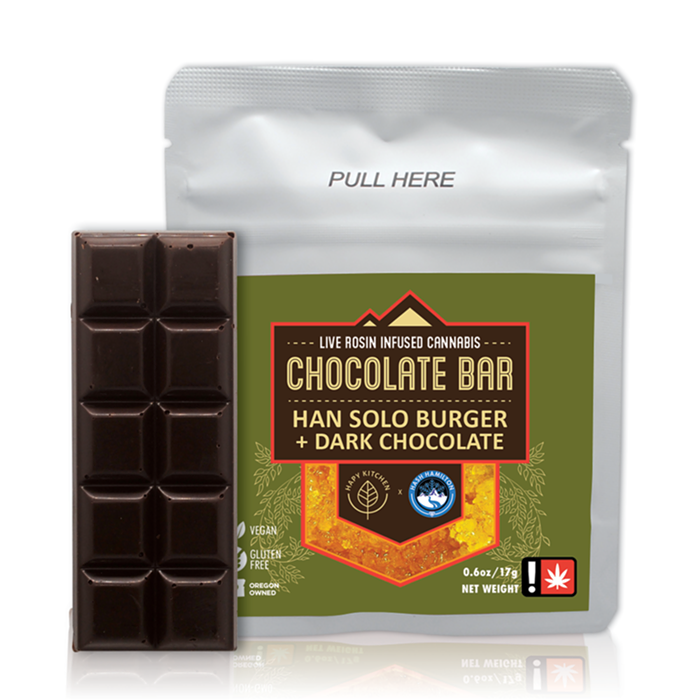 In 2020, a lot of Oregonians got through the pandemic with the assistance of cannabis.

For many, edibles were the preferred option—or at least preferable to hitting a bong while your 5th grader is doing remote learning in the next room. 2020 also underscored the importance of recognizing and supporting local businesses, as they provide more than just services and goods, but community as well.

Last year, recreational sales of cannabis in Oregon saw month after month of increased sales, hitting over a billion dollars in 2020—the first time the state broke the big “B.” Increasingly, people found cannabis to be a valuable addition to their lives, and analysts suspect that even when alternatives return, such as bars fully reopening, sales will stay consistent.

While this is great news for Oregon cannabis producers, retailers, and tax collectors, the consumer may only be primarily benefitting from a few new offerings from start-up and established brands. With many dispensaries being vertically integrated—in which they grow, produce, and push products they sell—it’s more important and challenging than ever to make sure you’re getting quality products, as well as supporting businesses which are “Canna Rad” rather than “Canna Chad.”

Hapy Kitchen checks the “rad” box in both quality and breadth of their product lines, as well as their Portland-based home grown backstory. (The solitary “p” in the name is a hat tip to Hapi, the god who Egyptians thanked for annually flooding the Nile, thus increasing crop production.)

They launched in 2017 with a cannabis Paleo Bar, but quickly expanded their product line to 25 (and growing) edibles and tinctures.

Head Chef Carla Burns, who previously worked up recipes for local stoner favorites Salt & Straw and Mama’s Artisan Sweets, brings a skill set that has won fans (their locally sourced, non-GMO products, with gluten and vegan options, are carried at 300 dispensaries statewide) and accolades (taking home 3rd and 1st place respectively in the Oregon High Times Cannabis Cup in 2019 and 2020).

The products have 50 mg of THC or a combo of THC/CBD, and include brownies, caramels, chocolate bars, cookies, gummies, and (much stronger) tinctures. They are marketed as “artisan edibles with an expected effect,” and while they have “sativa” and “indica” versions, Hapy Kitchen touts their use of true terpenes. These blends of non-cannabis derived terpenes are the same found in many strains of cannabis, giving the plant its taste, scent, and as we are coming to understand, plays a crucial role in the way cannabis affects us.

I unhinged my jaw and tried damn near the entire product line. (You’re welcome.) My standout was their “Han Solo Burger + Dark Chocolate Bar” born from a partnership with Hash Hamilton, which is infused with their live rosin.

CEO Cory Cooper also has plans for both a compound pharmacy and the “Theorem Gallery”—which he describes as “a stealth project…for Oregonians looking to band together and compete with out-of-state and out-of-country money and still maintain high crafts-them-ship.”

“We believe that Oregon craftsmanship will be the key to success… nobody wants corporate cannabis,” he says. “I’ve always seen cannabis as a critical part of a holistic health and wellness regimen, and a complementary part of an active lifestyle.”

“Coming out of the dark ages, as science gets applied and we start to understand more of the compounds that this plant produces,” Cooper continues, “[we’re excited about] channeling that into a plant-based medicine and products that can help people. Because frankly, pharma is broken.”

Find out more about Hapy Kitchen.