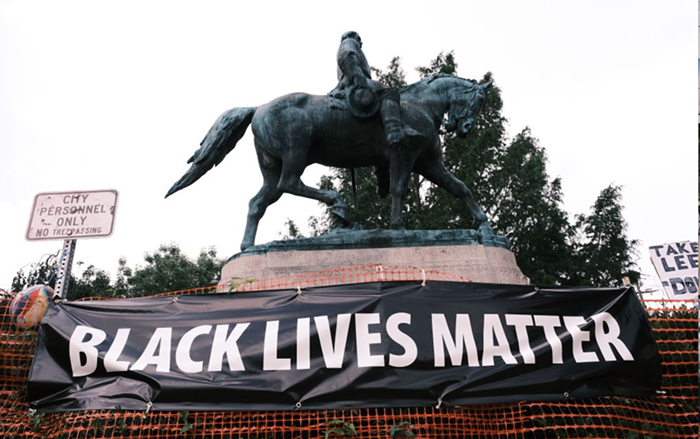 • Good news for frontline workers outside of Multnomah County—20 additional counties across Oregon are now allowed to immediately start vaccinating those in “Phase 1B, Group 7″ (which includes frontline workers and adults over 16 with underlying health conditions) instead of waiting until April 5.

521 new COVID-19 cases in Oregon today, and 155 people are hospitalized, the highest number of people in hospital beds since Feb. 25.

• Meanwhile, not-so-good news for Oregon’s overall vaccination timeline: After a manufacturing snafu involving the Johnson & Johnson vaccine that will cut the national supply by 15 million doses, state health officials are taking a “wait and see” approach to whether or not we’ll hit our schedule of “everybody gets a dose” by the first week in June.

• A new bill has been proposed in the Oregon legislature that would decriminalize sex work. In this special guest opinion piece, Matilda Bickers and Melissa Hope Ditmore explain why this bill can go a long way to save lives and stop violence against sex workers.

• Hey, the new season of Top Chef is based in Portland and starts TONIGHT! Check out what you can expect with this review from our Blair Stenvick.

• In day four of the Derek Chauvin murder trial, George Floyd’s girlfriend revealed more about the man and their history together, while a former Minneapolis police officer testified that Chauvin should have stopped pinning Floyd with his knee after he was no longer resisting.

Derek Smith said that paramedics performed numerous measures inside the ambulance to try to save Floyd, including shocking him, but he remained “in a quote-unquote dead state.” He then slammed the officers for not starting chest compressions at the scene https://t.co/ZqItEwN9yU

• The Virginia state Supreme Court has overruled a lower court’s decision, clearing the way for the removal of two racist Confederate statues—one of which was the meeting place for the 2017 white nationalist rally in Charlottesville.

• What’s this? It appears that Busy Bee Biden is taking a longer, closer look at his ability to cancel student loan debt via executive order, so FINGERS CROSSED. Also, if Republicans continue to insist upon being unhelpful, America-hating pricks, Biden will probably try to pass his $2 trillion infrastructure package without them.

• More good data from the Pfizer vaccine test trials: According to the research, not only will this particular vaccine protect people from the South Africa variant, but will also provide high levels of protection for up to six months after the second dose.

• Apparently Democrats aren’t the only people who hate Rep. Matt Gaetz’ stinking guts—Republicans in Washington despise him as well, and are all too happy to watch him twist in the breeze amidst human sex trafficking allegations. Heh, heh, hehhhhhhhhh.

Matt Gaetz allegedly showed off to other lawmakers photos and videos of nude women he said he had slept with, including while on the House floor. Sources said Gaetz displayed the images of women on his phone and talked about having sex with them. https://t.co/7rx6l8HkOv

• For those who care about such things, it’s baseball’s opening day! Aaaaaand the Mets-Nationals game has already been canceled after players found out they’d been exposed to COVID-19. (Saaaad trommmboooone.)

• As if shopping during COVID isn’t scary enough: “A Man Found 15,000 Bees in His Car After Grocery Shopping.”

• Live comedy is BACK, and the Rose City Rollers and the Mercury are presenting a live OUTDOOR comedy event with an awesome lineup of hilarious local and nationally recognized comedians! It’s coming at ya April 22, 23, and 24, so get your tickets pronto!

• HELLO, STONERS! You will be pleased to know that SPLIFF—the short flick film festival about cannabis and all things “stoned”—is kicking off April 16-24 and you can get your tickets NOW. (So hurry up before you forget… because you know you will.)

• And now… THE WEATHER REPORT: A foggy morning will turn into a partly sunny day with a high of 62!

these fake Amazon employee accounts are getting weird pic.twitter.com/xMsF0x0whk