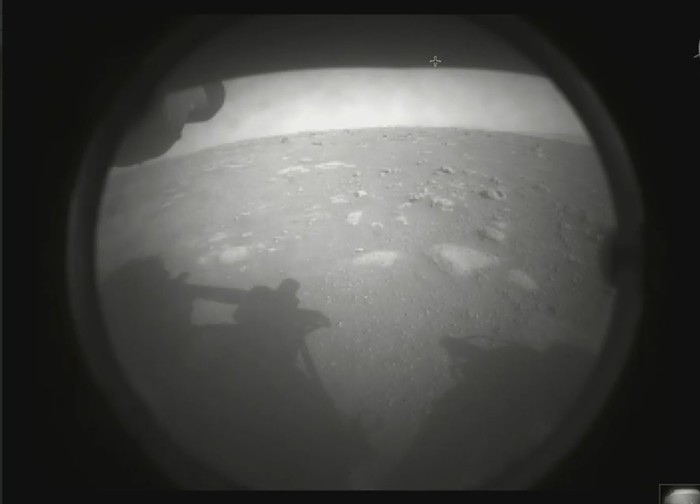 A shot of Mars from the Perseverance rover taken as it touched down today. NASA

• The Portland Street Response—a pilot program that aims to provide an alternative to armed cops when responding to low-level 911 calls—kicked off this week in the Lents neighborhood. Also this week: Portland cops guarded a dumpster full of perfectly good from actually being eaten at Fred Meyer. Our own Alex Zielinski breaks down the differences between these two polar opposites in the latest Hall Monitor.

• It’s been a rough few days, but things are finally starting to look up: Portland got its first Gucci store!!! Read our totally sincere appreciation post here.

• Power outage update: As of midday Thursday, over 100,000 Oregon homes and businesses were still without power. Portland General Electric has promised that by Friday, most of those people will have their electricity back—but about 15,000 will have to weather the weekend without power.

• Hey, here’s something to warm your heart: NASA’s Perseverance rover touched down on Mars today, after a six-month journey spanning 300 million miles. From CNN: “Perseverance is full of firsts. The search for signs of ancient life on Mars. The first helicopter fly on another planet. The first recordings of sound on the red planet.” Great, so when can I pack my bags for the big move to Mars?

• Back here on Earth, new details have come out about Sen. Ted Cruz’s fun little jaunt to Cancun as his fellow Texans suffer without power in freezing temperatures. The New York Times obtained group texts that Cruz’s wife, Heidi, sent to friends in the week leading up to the trip. “Anyone can or want to leave for the week?” Heidi wrote. “We may go to Cancún.”

• Meanwhile, nearly 500,000 Texans are still without power, and severe winter weather continues to grip much of the country.

• South Carolina Governor Henry McMaster has signed a sweeping abortion ban bill into law. Planned Parenthood has already mounted a lawsuit against the bill taking effect, as it would significantly limit abortion rights and is likely unconstitutional.

• Want to support live music in Portland, local artists, and the Mercury? HELL YEAH YOU DO! That’s why you cannot miss TONIGHT’S livestream performance from YAWA (AKA Amenta Abioto), recorded live at Polaris Hall!