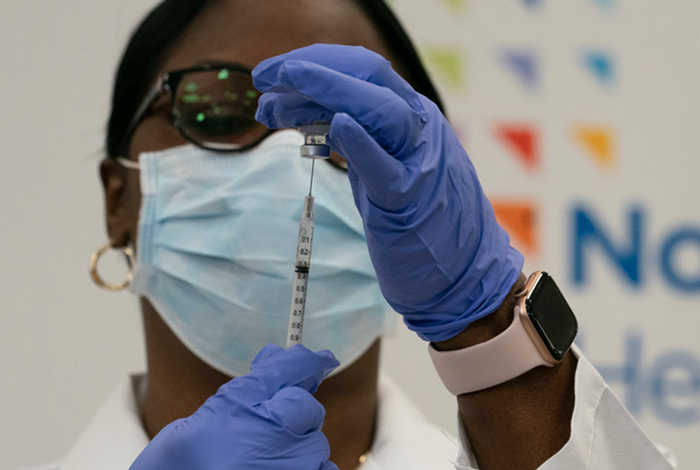 • Let’s start with yet another colossal Trump administration failure: After announcing the government would begin releasing the second doses of COVID vaccine that were being held in reserve, they discovered (WHOOPSY!) there are no doses being held in reserve. How will this affect Oregon’s (already stumbling) rollout? Our Blair Stenvick has more!

• Our Blair Stenvick also listened in on today’s press conference in which Gov. Kate Brown answered questions about how the Trump admin’s blunder would affect our state’s rollout, and files this mini-report:

With the news that the federal government promised Oregon more vaccine doses that they don’t actually have, Oregon’s vaccination rollout has been changed—again. The state will go ahead with vaccinating K-12 educators and school staff starting on January 25, with an eye toward school districts reopening in some capacity soon. Seniors 80 and older can get the vaccine starting February 8, with younger seniors following in staggered waves after that. At a press conference Friday afternoon, Gov. Kate Brown said she was looking forward to soon “having a federal partner who is competent” to assist with the COVID-19 pandemic response.

Isn’t a competent federal partner what we all want?

From there, they plan to vaccinate seniors in four waves, if supplies allow.

• As the global COVID death count hits two million, and health officials predict the new, more contagious variant strain of the coronavirus will sweep the country and cause huge spikes by March, Prez-elect Joe Biden is rolling out the ambitious vaccine distribution plan we should’ve had a year ago: 100 million doses administered in his first month in office, and $400 billion in money going to operations to control the virus. Unsurprisingly, congressional Republicans are going to try to fuck that plan up.

The incoming Biden administration will retire the “Operation Warp Speed” name for its push to vaccinate Americans for the coronavirus, citing the “urgent need to address the failures of the Trump team approach to vaccine distribution.” https://t.co/1f2ONw8l52

• Well, this is chilling: The pro-Trump domestic terrorists, who had highly trained ex-military and cops among their ranks during last Wednesday’s Capitol attack, came dangerously close (within seconds, in fact) to confronting Vice President Mike Pence as he was trying to escape. You can thank Trump for this very frightening situation since he was the one who inspired chuds to say that Pence should be “hanged” for refusing to overturn the nation’s electoral votes.

• Huh. Also chilling: After a DC police officer was tasered by the pro-Trump terrorists, the chuds began stripping him of all his equipment. Says the cop, “Some guys started getting a hold of my gun and they were screaming out, ‘Kill him with his own gun.'” So wait… “Blue lives don’t matter?”

Steve Bannon urged Facebook followers to ‘take action’ on the eve of the Capitol riot.

Bannon and other conspiracy theorists were able to get around Facebook’s ban on “Stop the Steal” content with alarming ease. https://t.co/0fY7xLaGmF
— Kyle Griffin (@kylegriffin1) January 15, 2021

• The Capitol Police (who I’m not sure we should trust… but anyway) have launched an investigation into whether Republican congresspeople gave guided reconnaissance tours to chuds the day before the Capitol attack, and if this is true, according to Nancy Pelosi, those chud-lovers will be punished. (Remember when they used to put evil-doers in public stockades and people threw tomatoes at them? All I’m saying is that tomatoes are cheap. But plain ol’ prison works, too!)

• Vice President/mama’s boy Mike Pence finally called incoming Veep Kamala Harris to offer his congratulations and any assistance she might need. (Did he ask mama’s permission before speaking to a lady person?)

• Meanwhile Trump is planning on leaving the White House forever on Wednesday morning, before the inauguration of Joe Biden and then the most thorough fumigation of the president’s residence the world has ever seen.

• In hilarious news: The NRA has declared bankruptcy! In less thrilling news, they plan to incorporate again in Texas—as if that state didn’t already have enough problems.

• Miss the live concert-going experience? Then DO NOT MISS the new Mercury Music Series, featuring livestream performances by your fave Portland artists—debuting with the fantastic BLOSSOM! Coming at you January 28!

• THE WEATHER REPORT: A partly sunny Saturday and a few showers Sunday with highs around 50.

• And finally, ban all chuds from social media forever! (At least until they learn to make a TikTok this good!)

I think this is the best edited Tik Tok I’ve ever seen.