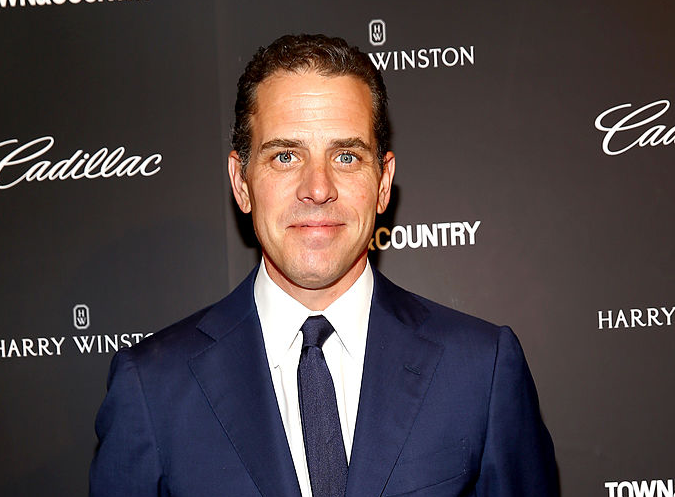 The latest Hunter Biden conspiracy theory is not only fake, it was revealed by a person WHO DOESN’T EVEN EXIST. Astrid Stawiarz / Getty Images

• More info has been revealed about the 21-year-old Black man from Camas who was shot and killed Thursday by Clark County sheriff’s deputies in Hazel Dell, just north of Vancouver, Washington. The victim’s father has identified him as Kevin E. Peterson Jr., and witnesses (including Peterson’s girlfriend who was allegedly on the phone with him at the time) said police shot him 15-plus times. Clark County Sheriff Chuck Atkins claimed that during a drug investigation, Peterson ran from deputies and “reportedly” (his choice of word) fired on officers, adding that a gun was allegedly found at the scene. There’s a lot of sad information in this story, including the fact that Peterson was the father of a baby girl. Demonstrators were at the scene last night to protest the continued killing of Black Americans by law enforcement. Stay tuned for more information as we get it.

Kevin Peterson, confirmed on Friday that his son, Kevin Peterson Jr., was killed by police in Clark County. Peterson said he arrived at the scene about 6 p.m. but “did not get a chance to identify my son” until 5:30 a.m. today.

• After breaking a single day record for new coronavirus cases yesterday, Oregon has broken it again today with 600 additional new infections. It’s important to note that this uptick is not being credited to increased testing, but rather the same COVID-19 surge that is sweeping the country. This is serious, folks, so WASH YA DAMN HANDS, WEAR YA DAMN MASKS, AND KEEP YA DAMN DISTANCE.

• Despite the big statewide surge in COVID cases, the Oregon Department of Education is lowering its standards for allowing elementary students to return to school and thousands across the state will now be able to attend classes in person—BUT NOT PORTLAND, and there are lots of exceptions for those who have been given the green light.

• If you’ve been wondering if all those campaign flyers you’ve been getting in the mail have been more… problematic than usual, you are not alone! Local candidates of color have noticed how they’ve been misrepresented by their white competitors and they’re ready to speak out about it. Our Blair Stenvick has more.

• Pok Pok owner Andy Ricker has penned an emotional letter on the closing of his flagship Thai restaurants. Read it here.

• Is anyone interested in election news? Oh! Okay, well, here’s some: As of today, Biden holds a slight lead (though within the margin of error) in Florida, leads Trump by six points in North Carolina (according to an NBC poll), and voters in Texas have already blown past the state’s total number of ballots cast in 2016, casting 9 million votes by Friday morning. Nationally, Biden has his foot on Trump’s throat with an average lead of 10 points.

• If you’re going to be glued to your screen for election results on Tuesday night, BEWARE THE RED OR BLUE MIRAGE, where early numbers might favor one candidate over another before results eventually level out. Here’s a good primer for keeping those expectations (and emotions!) in check.

• Despite America surpassing 9 million cases of COVID-19 (with no signs of slowing), and breaking its single day record with 90,000 new infections, many Republican governors are still not taking the necessary measures to suppress the virus.

Internal documents obtained by NPR show the federal government collects crucial coronavirus-related hospital data across the country that could be used to help communities prevent outbreaks — but the government is keeping the data hidden. https://t.co/nUtV7OoSmo

• FOR EXAMPLE: Over the past months, the Trump administration has been deporting over 200 children to Mexico, even though many are from other countries such as Guatemala, Honduras, and El Salvador, and they have no families to meet them wherever they land.

• Well, how about that: One of the more prominent Republican conspiracy theories about Hunter Biden was manufactured by a fake “intelligence firm,” but wait, wait, WAIT! It gets better. The author who allegedly investigated and wrote this theory was also fabricated, and given a fake profile photo with help from an artificial intelligence face generator.

• Unsurprising Florida headline of the day: “In Florida, voters of color and young voters have had ballots flagged for possible rejection at higher rates than others.”

• In these terrifying times, don’t you need a good, wholesome scare? Get your tickets now for SLAY—the short, eight-minute-or-less HORROR film festival from the makers of HUMP! But hurry! The final night is tomorrow Saturday, October 31!

• The WEATHER REPORT: A foggy Saturday morning will turn into a sunny weekend with highs in the low-to-mid 60s!

• And finally, so Trump is creating Melania doppelgängers in a lab now?

full truther on the melania double theory now. i don’t care anymore. this is all i have https://t.co/5sWtPxG9oi
— matt (@Lubchansky) October 30, 2020