Stay up to date on Portland news and politics. Looking for fun? Here are the best Things to Do in Portland today. 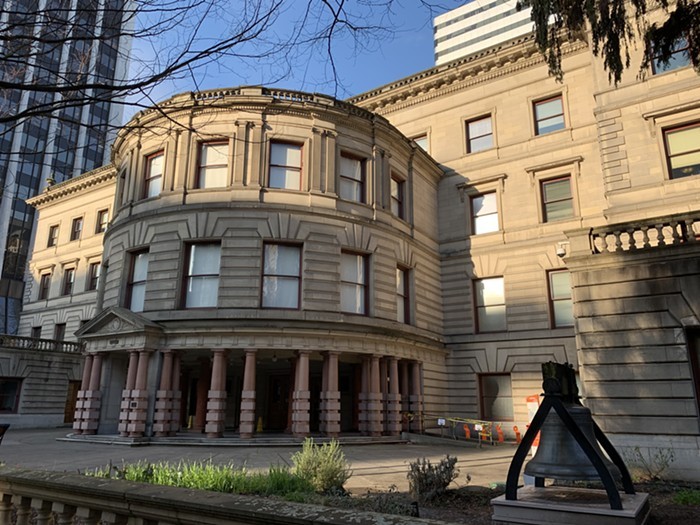 Good morning, Portland! Time to stock up on ice melt, because snow is (maybe) on its way.

Here are the headlines.

Off to the Races: The race to fill the late Commissioner Nick Fish’s seat on Portland City Council has officially begun. Yesterday, tenants rights advocate Margot Black told the Mercury she was throwing her hat in the ring. Stay tuned for more (possibly high-profile) announcements soon.

Slur: Donald Trump’s dreaded Iran speech yesterday didn’t prompt more military action—instead, he said the US would impose economic sanctions against Iran. Two things about that speech: 1. Don’t trust anything he says, ever. 2. He was slurring and sniffing through the whole thing, which, well, draw your own conclusions.

Cops on Campus: The last year has seen a debate play out over whether Portland police officers belong on school campuses—and who should pay for them to be there. This week, the Portland Police Bureau presented its best case for keeping the school resource officer program to Portland City Council.

Not-So-Sweet Cakes: The case of a Gresham bakery owner who refused to bake a wedding cake for a lesbian couple continues to haunt the legal system. Although the US Supreme Court declined to hear the case last year, the Oregon Court of Appeals will reconsider it one more time this week. Refresh your memory and learn more about the legal nuances of the case here.

A task force has recommended about $6 billion to address traffic and improve safety on 13 of the Portland area’s most dangerous and congested corridors. What do you think? Come to a Metro Council public hearing Jan. 13 and share your views.#getmoving2020https://t.co/rsjfAtcvqA pic.twitter.com/QThRnJzZvE

Impeachment Update? The president is still being impeached, remember? But the progression of the case to the Republican-led Senate is being stalled, because Nancy Pelosi and Mitch McConnell can’t agree on the rules.

how long do you think this italian restaurant in my neighborhood was waiting for illinois to legalize weed so that they could buy this banner pic.twitter.com/ZdGaY4SPqP