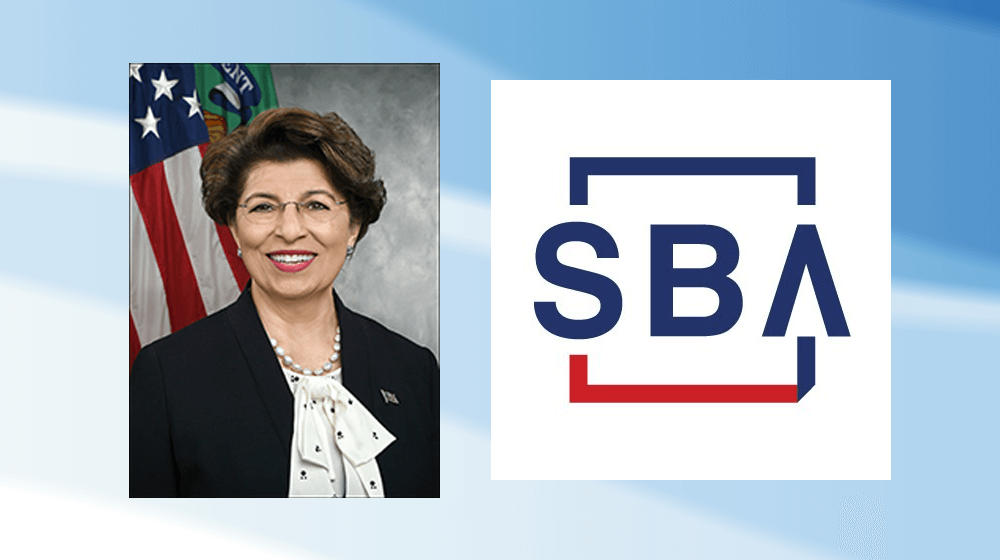 The US Senate has appointed Jovita Carranza as the 36th head of the Small Business Administration (SBA). Carranza, 70, was confirmed through an 88-5 bipartisan vote in the Senate replacing acting administrator Chris Pilkerton.

Prior to Pilkerton, Linda McMahon and Joseph Loddo had also served at the helm of SBA under Trump. Carranza’s confirmation makes her the first permanent head of SBA in nearly a year. And she served as the highest-ranking Latina official in the Trump Cabinet.

The former US Treasurer had previously served as Deputy Administrator of SBA under President George W. Bush.  During her stint as deputy administrator (2006-2009) she oversaw more than 80 field offices across the country and managed a portfolio of venture capital investments, business loans, and disaster loans totaling approximately $80 billion.

At her confirmation hearing in December, Carranza said that she would put particular emphasis on opening more doors for women and for entrepreneurs in underserved communities, including military families and veterans.

“Jovita Carranza’s excellent background and diverse skill-set will be very beneficial to the SBA, as she works to strengthen U.S. entrepreneurship and small business growth. Jovita understands startups and business management, the global marketplace, and is already familiar with the SBA as a former Deputy Administrator during the George W. Bush Administration. Jovita will effectively represent entrepreneurs as a member of President Trump’s Cabinet and understands the many challenges and opportunities facing small businesses. SBE Council and our nationwide membership of entrepreneurs and small businesses look forward to working with Jovita as the new SBA Administrator.”

Born in Illinois to an immigrant family from Mexico Carranza first started working at the United Parcel Service (UPS). There she started as a part-time, night-shift box handler. This will later lead her into a 20-year illustrious career where she would eventually become President of Operations for UPS Latin America and the Caribbean.

Carranza is the founder and president of the JCR Group, a consulting firm serving corporations and NGOs on issues of business development and profit and loss management. She is also a lecturer, columnist and commentator on political and business issues.

In 2017, she was named by President Trump as his appointee to fill the position of U.S. Treasurer, vacant since the resignation of Rosa Gumataotao Rios in July 2016. Carranza was sworn in on June 19, 2017.

Carranza earned her MBA from the University of Miami in Coral Gables, Florida and received executive, management, and financial training at the INSEAD Business School in Paris, France; Michigan State University; and the University of Chicago.

Established in 1953, the Small Business Administration is a government agency that provides assistance to small businesses and entrepreneurs via loans, loan guarantees, counseling, and other assistance programs. The SBA is lead by the SBA Administrator, a cabinet-level position.

A competent administrator at the helm of SBA will help address these and other challenges going into 2020. Among the key issues that Carranza, as head of SBA, would face in 2020 include a possible trade war with China. This includes how to steer small businesses away from further trade uncertainties and tariffs. Cybersecurity risks and low unemployment rates follow closely, which is forcing businesses to contend with a lack of people to fill open roles. During the last two decades, small businesses have been responsible for creating two out of every three net new jobs.

Carranza’s appointment comes at the heels of good performance year for SBA. During the 2019 fiscal year it approved $28.2 billion in loans and more than 63,500 loans to small businesses. In addition, it supported nearly $5 billion in 504 loans, an increase of nearly $205 million from FY 2018.

Minority business owners received $8.8 billion in combined 7(a) and 504 lending, or 31% of the SBA’s loan portfolio. Lending from the 504 loan program to women-owned businesses was over $1.5 billion. Loans to veterans totaled nearly $1 billion for the 7(a) and 504 programs.

Through its 7(a) loan program SBA provides both financial assistance and offers guarantees on loans to small businesses of up to $5 million. These loans are generally for acquiring land, purchasing equipment, or working capital.

In addition, through the CDC/504 loan program it helps small businesses with capital to acquire fixed assets to promote economic development. These loan types are in the form of long-term fixed-rate financing based on reasonable terms. SBA authorizes Certified Development Companies (CDCs) for these loans to provide financing to small businesses. This is made possible with the help of third-party lenders which are often banks.

Though SBA’s maximum loan amount is generally $5 million. In certain cases, these could reach $5.5 million for energy-efficient or manufacturing projects.